Swansea City fan who lives just a mile from Cardiff City's stadium faces a 'TWO-HUNDRED MILE' round trip for the South Wales derby because police are forcing supporters to take a club coach and won't let them travel alone! Cardiff City host bitter rivals Swansea City in the Championship on Sunday  Swansea supporter Tim Lewis lives in Cardiff but can't travel directly to the game He has been told by the club that he must travel on the Swansea team fan coach  Mr Lewis is being instructed to do so in order to collect his match ticket

A Swansea City fan based in Cardiff faces an absurd '200-mile round trip' to watch his team play their bitter rivals in the Welsh capital on Sunday after his request to travel independently was 'declined'.

Cardiff City host Swansea in the South Wales derby at midday on Sunday in what is bound to be a red-hot Championship affair.

Tim Lewis is a Swansea City who resides in Cardiff and lives one mile from the Cardiff City Stadium - the venue for this weekend's fixture. 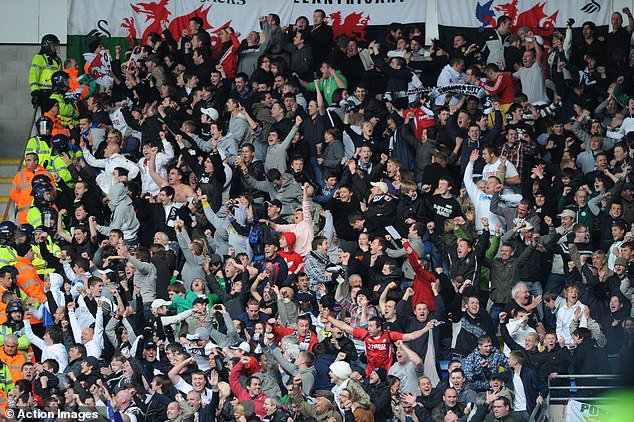 A Swansea City fan faces a 200-mile round trip to watch them at Cardiff... despite living there 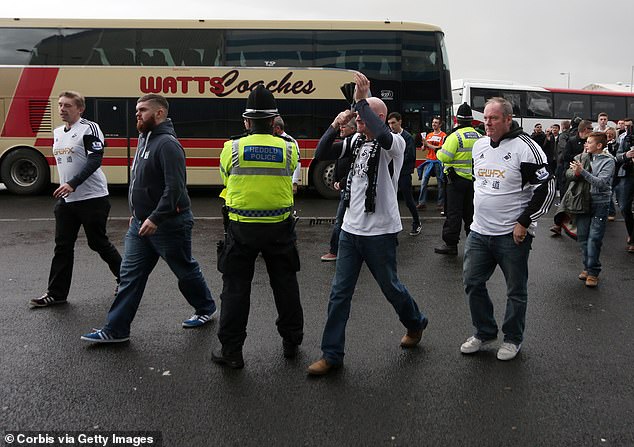 However, the PR and Comms Manager for Tenovus Cancer Care will not be allowed to walk to the ground but instead be forced to travel to Swansea to then get a fan coach back to Cardiff.

To make matters worse, Mr Lewis then can't walk home. Instead he has to return back to Swansea via the fan coach and then inexplicably make his own way back to Cardiff.

Understandably, Mr Lewis was angry about the news after receiving a letter from the Swans informing him of his unnecessary detour. He now faces incurring extra costs as he plots a route to Swansea for 6am on a Sunday - a time when there will be no direct trains.

If Mr Lewis doesn't choose to travel by coach then he can't receive his match ticket - as that is a stipulation to do so.

Venting his frustration on Twitter, he wrote: 'Application to

PREV sport news Anthony Joshua reveals battle with anxiety during ring walks as he discusses ...
NEXT Indiana on the pace as 76ers crash to third consecutive NBA loss mogaznewsen