'He disrespected me... I felt he tried to trash me': Liverpool boss Jurgen Klopp slammed by Monterrey manager after pair's furious touchline spat during FIFA Club World Cup semi-final Jurgen Klopp became embroiled in a touchline spat with Antonio Mohamed Klopp clashed with Monterrey counterpart over a number of referee decisions Liverpool went on to beat Monterrey 2-1 in the Club World Cup semi-final

Jurgen Klopp has been accused of being disrespectful by Monterrey manager Antonio Mohamed following a touchline spat during the FIFA Club World Cup semi-final.

Champions League holders Liverpool overcame Monterrey 2-1 on December 18 thanks to Roberto Firmino's injury-time winner, before they went on to beat Flamengo in the final.

But during the semi-final against the Mexican outfit last month, Klopp became embroiled in a furious spat on the touchline with his managerial counterpart. 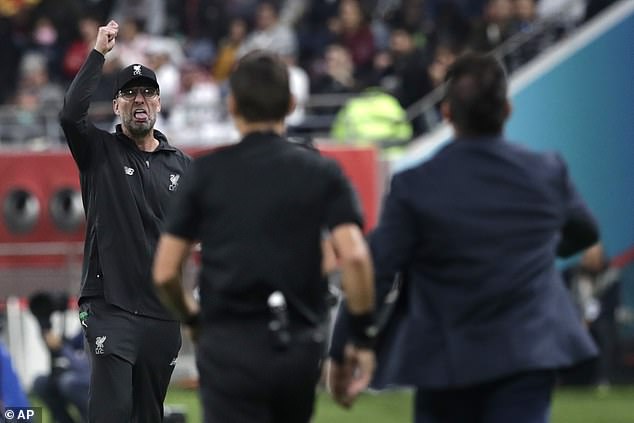 Klopp clashed with Mohamed over a number of