Ben Stokes bowled England to an epic fifth day victory in the second Test at Cape Town, edging a compelling battle of wills with a defiant South Africa.

Stokes claimed the last three wickets in the space of 14 deliveries deep into the concluding session of the match as England wrapped up a 189-run win.

Sportsmail's Matt Hughes and Neil Manthorp have dished out their ratings for the thrilling Test. 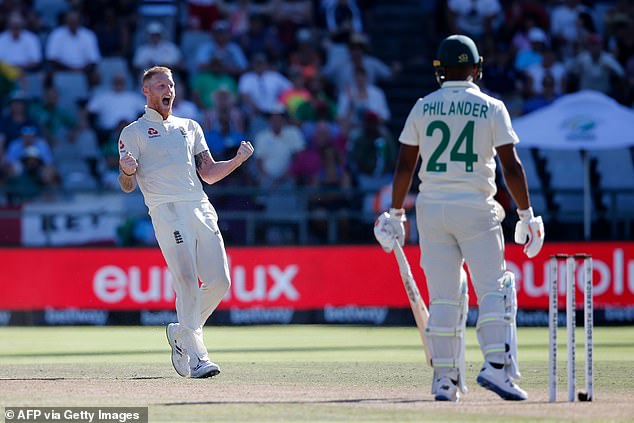 Gave England a positive start to their second innings — after failing in the first — with a Test-best 25 from 35 balls, and took two crucial catches in the late charge to victory.

His coming-of-age 133 not out gave England the platform to push for victory and has established his place in the side for the rest of the winter.

Contributed two painstaking but important 30s at less than two-an-over and will be frustrated at not kicking on towards an elusive maiden century, although his first two Test wickets provided consolation. 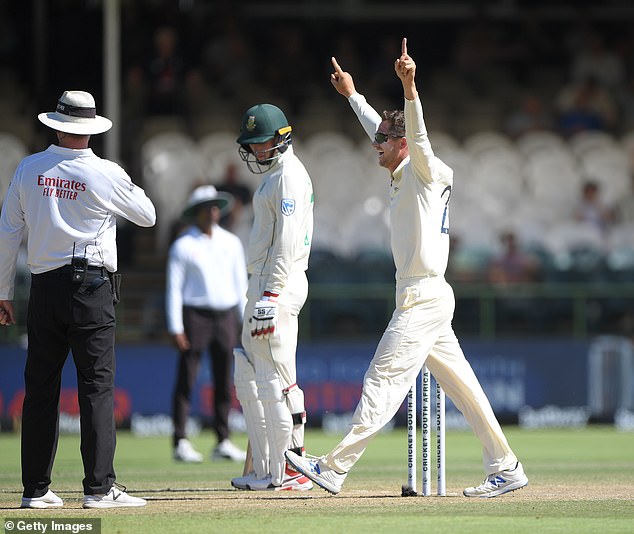 Batted fluently as always with his second-innings fifty putting his side in control. Some captaincy hunches paid off, such as moving Anderson to leg slip to catch van der Dussen.

A typically Herculean all-round effort featuring a record five catches, a remarkable quick-fire fifty and the three quick wickets that wrapped up victory.

Rescued a first innings that was teetering with a fluent 61 not out which showed commendable maturity for one so young.

Added impetus to both innings by scoring at more than a run-a-ball and kept wicket tidily enough to suggest he will remain at number seven for the foreseeable future. 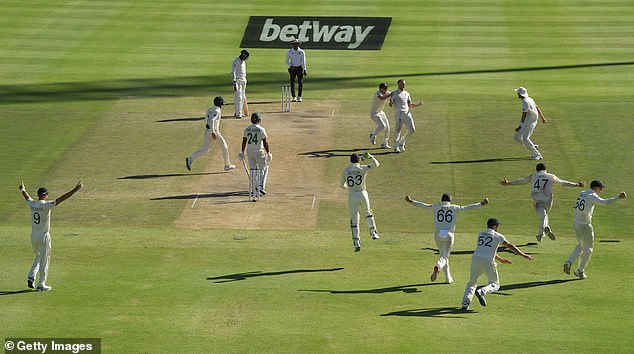 Continued his knack of chipping in with wickets at vital times, but his batting has regressed and his place may be threatened if Jofra Archer returns to the side.

Got through 60 overs at an impressive economy rate and took two wickets, but lacked the guile to spin England to victory on the final day.