Wales star Liam Williams to leave early in Saracens exodus due to the salary cap... but England stars remain Injured full back Williams will make an early than expected move to Scarlets  He has not played this season so his wage will not count within the salary cap Calum Clark and Michael Rhodes could also be released in a bid to cut £800k

Saracens will not be forced to release any of their leading England players to comply with the salary cap this season — but Liam Williams is heading back to Wales sooner than expected.

The Premiership and European champions are hurriedly seeking to slash their wage bill in order to avoid another breach of the cap, having been fined £5.36million and docked 35 league points for exceeding the limit during three recent seasons.

Returning chief executive Edward Griffiths has admitted Saracens must offload players or reduce salaries to be compliant this season and Williams is set to lead an abrupt exodus. 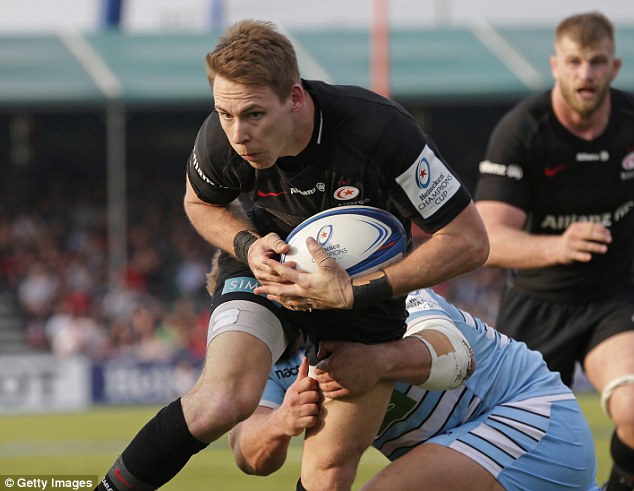 The 28-year-old Welsh Lion had already agreed to move back to the Scarlets in the summer, but Sportsmail understands that his departure will now happen by the end of this month.

The injured Williams is thought to earn £230,000 a year and, as he has not played this season, his entire wage will not count within the cap calculations.

Sources have indicated that back-rowers Calum Clark and Michael Rhodes