'You think we enjoyed losing a derby against them?': Fabian Delph faces talks with Everton after rowing with a fan over Instagram... as Toffees deal with the fall-out of their embarrassing Liverpool defeat

Another day has brought another humiliation for Everton in the aftermath of their shambolic FA Cup defeat by fierce rivals Liverpool on Sunday.

It appears that midfielder Fabian Delph, a £10m summer signing from Premier League champions Manchester City, got involved in a fiery post-match exchange with an angry Everton fan on Instagram following their 1-0 loss to a heavily rotated Liverpool.

The supporter, furious at the feeble nature of Everton's display, was sent a message from Delph's account labelling him 'a disgrace'. The fan was then taunted by being told they would 'ask for a picture' rather than criticise the team if they saw them in person. 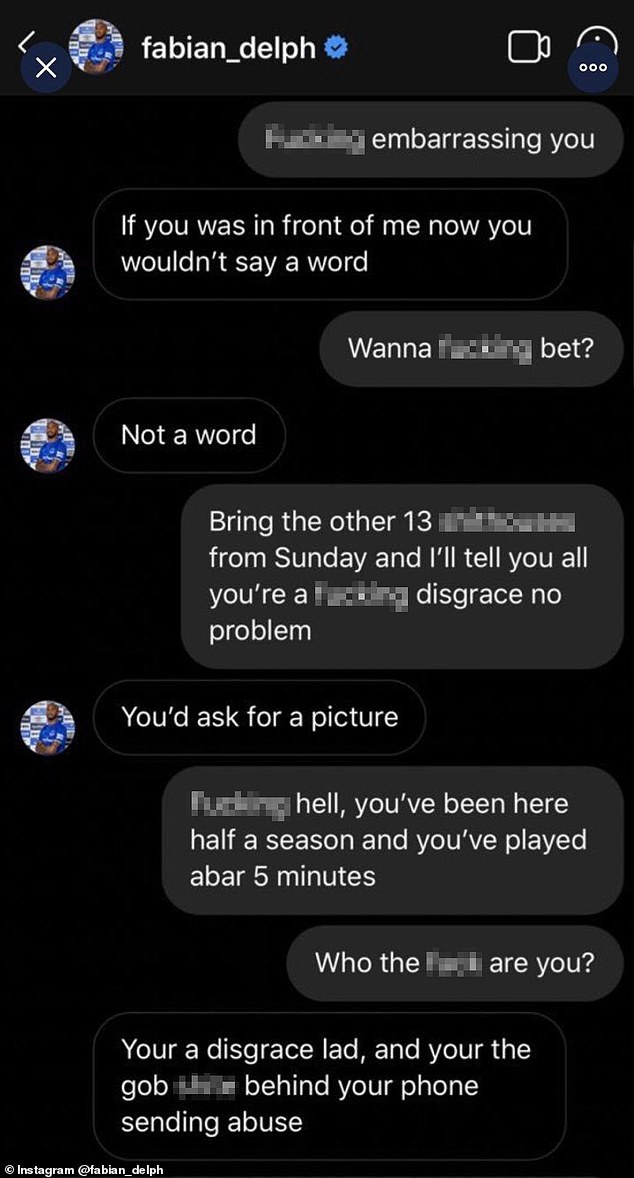 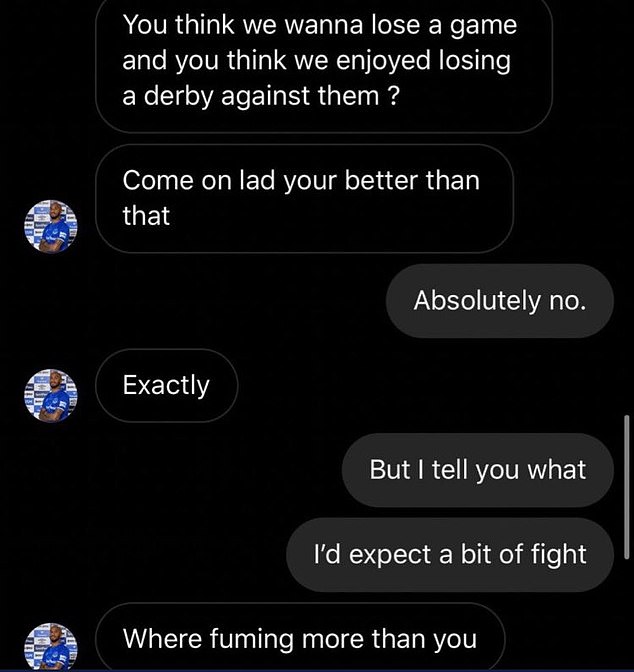 In what appears a separate conversation, Delph called another supporter 'delusional'

Responding to a message saying 'f****** embarrassing you', Delph said: 'If you was in front of me you wouldn't say a word. Not a word. You'd ask for a picture.

Delph said: 'Your (sic) a disgrace and your (sic) the gobshite hiding behing your (sic) phone sending abuse. You think we wanna lose a game and you think we enjoyed losing a derby against them?'

PREV sport news Which of the ATP Cup, Laver Cup and Davis Cup Finals impressed the most?
NEXT Indiana on the pace as 76ers crash to third consecutive NBA loss mogaznewsen