Jimmy Anderson OUT of the rest of England's Tests against South Africa with fractured rib... and he could even miss Sri Lanka series due to the injury A scan has revealed James Anderson could be out for six to eight weeks Anderson felt tightness in his left side on the final day of the second Test The 37-year-old was only able to bowl eight overs in the day as a result of injury

England’s euphoria at their second Test victory has been punctured after Jimmy Anderson was ruled out of the rest of their series against South Africa with a fractured rib.

England’s record wicket-taker felt tightness in his left side during the morning session of the final day at Newlands and was only able to bowl eight overs in the day as England pulled off a thrilling victory with barely half an hour of the Test remaining.

He was determined to play his part as England pushed for victory and insisted on bowling two overs after tea but was clearly in discomfort and was forced to play only a supporting role in the field instead, taking a catch off Stuart Broad to dismiss Rassie van der Dussen at leg-slip. 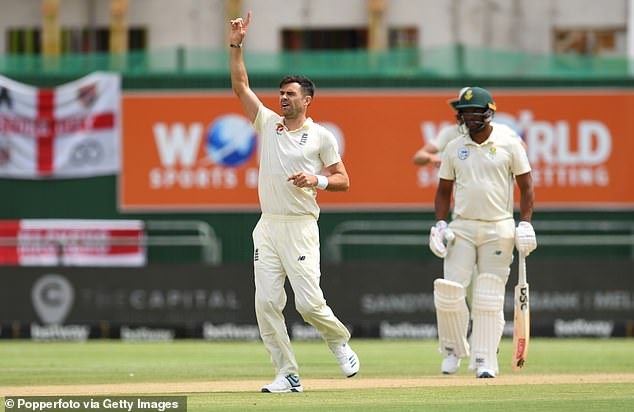 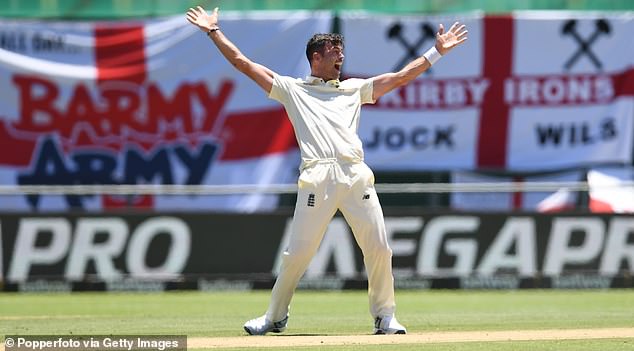 A scan in Cape Town yesterday revealed a hairline fracture and Anderson is expected to be out for six to eight weeks, not only ruling him out of the last two Tests in Port Elizabeth and Johannesburg but also raising doubts about his participation in the two-Test series in Sri Lanka in

PREV sport news Fabian Delph faces talks with Everton after rowing with a fan over Instagram ...
NEXT Indiana on the pace as 76ers crash to third consecutive NBA loss mogaznewsen