Paris Saint-Germain 6-1 Saint-Etienne: Mauro Icardi bags hat-trick as PSG score six in second match in a row with Neymar and Kylian Mbappe also on target against 10-man visitors PSG eased into the semi-finals of the French League Cup on Wednesday night Icardi scored a hat trick and Neymar and Mbappe were also on target for hosts The visitors had Wesley Fofana sent off after 31 minutes when the score was 1-0

Mauro Icardi continued his devastating scoring form with a hat-trick to inspire Paris Saint-German to a 6-1 thrashing of 10-man St Etienne in the French League Cup quarter-finals on Wednesday.

Argentine Icardi, on loan from Inter Milan, scored either side of the interval with Neymar, a Jessy Moulin own goal and a Kylian Mbappe effort adding to the woes of Les Verts, who were reduced to 10 men when Wesley Fofana was sent off after half an hour.

Icardi has scored 17 goals in 19 games for PSG. 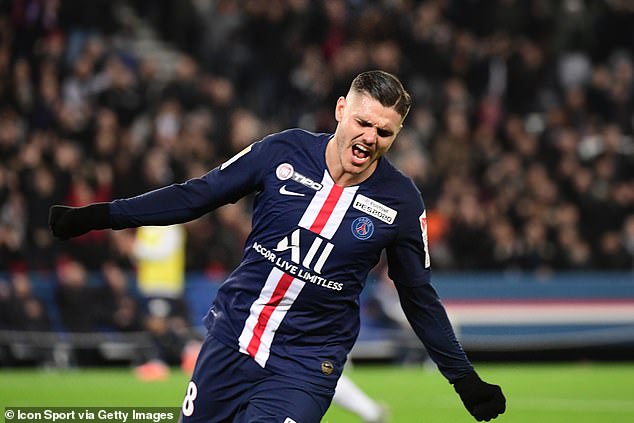 Yohan Cabaye scored St Etienne's only goal in the second half at the Parc des Princes but his team had already been subdued in a one-sided encounter.

PREV sport news Aston Villa optimistic they will be able to sign former Liverpool goalkeeper ...
NEXT Indiana on the pace as 76ers crash to third consecutive NBA loss mogaznewsen