Tim Henman interrupted his paean to Dan Evans to issue a note of caution — that the British No 1 needs to be more disciplined to fulfil the potential that was so obvious this week.

Henman believes the reformed Evans, 29, could be in better shape, for all the professionalism he has shown in propelling himself towards the world’s top 30.

‘I think Evo could miss a few meals,’ said the GB captain bluntly after their 2-1 defeat by Australia in the £12million ATP Cup, in which Evans starred. 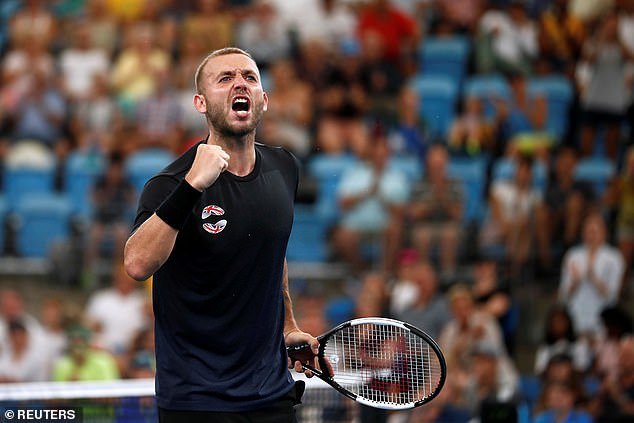 ‘He knows that. He’s doing a lot of good things. It’s something that he and I have talked about. He’s got to go away and keep ticking a lot of boxes.’

Jamie Murray and Joe Salisbury had four match points in a 30-minute tiebreak in the deciding doubles. Earlier, Evans played his lights out to beat Australian No 1 Alex de Minaur. It took three hours and 24 minutes of the season’s best match to date to see off one of the game’s best athletes 7-6, 4-6, 7-6.

Evans will now head into the rankings’ low 30s and he is likely to be seeded at this month’s Australian Open. He played qualifying there a year ago.

Henman believes there is more to come from his best player but also raised the tennis equivalent of football’s ‘Can he do it at Stoke on a wet Tuesday night in February?’ 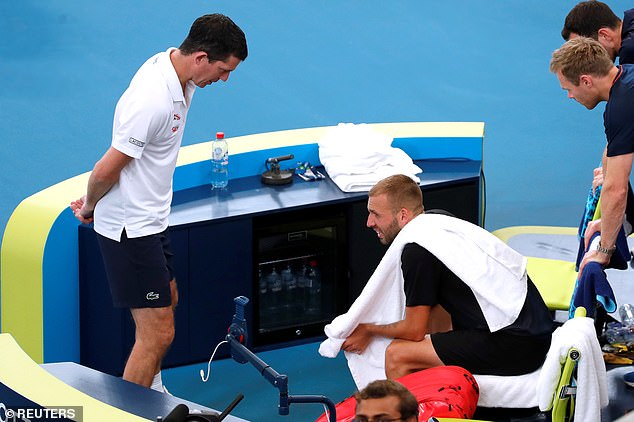 GB captain Tim Henman believes the reformed Evans, 29, could be in better shape

Henman said: ‘To play to this standard is the easy bit, playing in this environment on an indoor court. It’s harder when you’re at a lesser event and it’s windy, that’s when you’ve got to deliver it.

‘But the way that he played the match beating David Goffin, ranked 11, was very impressive. De Minaur is ranked 18. Those are proper wins, world-class performances. Today that level of tennis was phenomenal, it rates alongside any Grand Slam at any stage.

‘So we know his level is incredibly high. Now he’s