'He's a legend and the legend rose tonight': Pep Guardiola heaps praise on Sergio Aguero as Manchester City star's hat-trick at Aston Villa sees him pass Alan Shearer and Thierry Henry in Premier League record books Sergio Aguero’s hat-trick in the 6-1 win at Aston Villa took his amazing tally to 177 The 31-year-old’s contract at Manchester City expires at the end of next season Previous record holder Thierry Henry scored 175 in two spells with Arsenal Aguero indicated last May that he would be keen to return to his boyhood club

Pep Guardiola hailed Sergio Aguero as a ‘legend’ after the Argentina striker wrote himself into history with a hat-trick to become the most prolific overseas player in English football.

The forward’s goals in Manchester City’s 6-1 win at Aston Villa saw him reach 177 and move past Thierry Henry, who finished at Arsenal with 175. Aguero’s hat-trick was his 12th since joining City in 2011 — another record, overtaking Alan Shearer.

Guardiola said: ‘He’s a legend and the legend rose tonight. He’s an incredible person and I like to work with nice people.’ 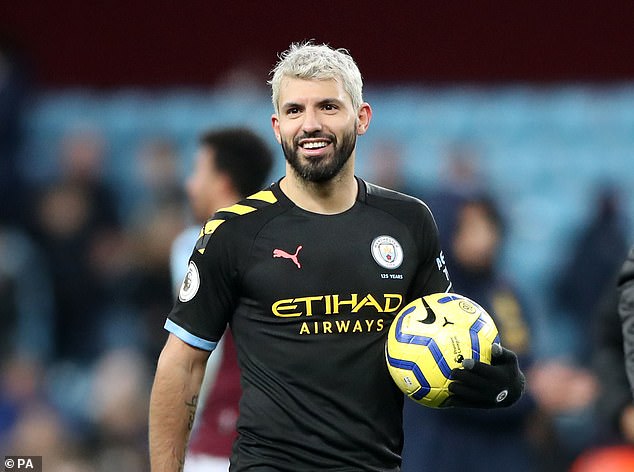 The 31-year-old’s contract at City expires at the end of next season, and he indicated last May that he would be keen to return to his boyhood club Independiente in Argentina.

Guardiola said: ‘It depends on him and the club. It’s his decision. There are many of these kind of players through the history of English football, and he helps to make the Premier League and English football better.

‘The best [player I’ve worked with] is Messi but of the rest, Sergio is absolutely one of the best, no