'It is basically getting us back to the old virtues': Mesut Ozil takes swipe at Unai Emery and his methods as he praises Mikel Arteta's effect at Arsenal  Mesut Ozil has returned to the fold at Arsenal under new boss Mikel Arteta  The former Germany international had fallen out of favour under Unai Emery  The 31-year-old has taken aim at the Spaniard after his departure from the club

Mesut Ozil has taken aim at former Arsenal boss Unai Emery, suggesting the club had strayed from their key values.

The midfielder fell out of favour under the Spaniard during his 18 months in charge at the Emirates, starting just 20 league games last season.

Under new manager Mikel Arteta, the 31-year-old has started every game, with the former Manchester City assistant tasting defeat just once in his opening five fixtures. 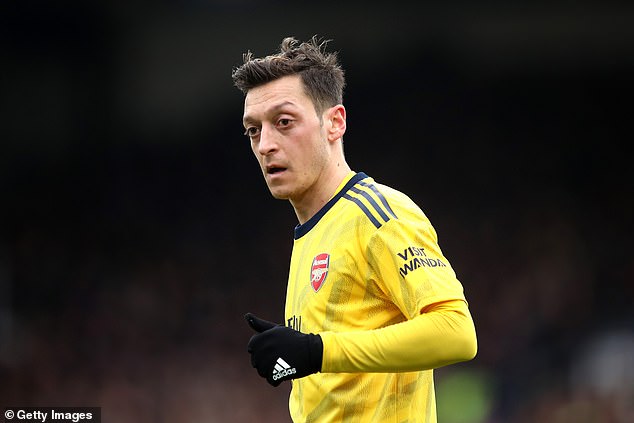 And asked about the differences a regime change has brought about, Ozil did not