Watford 'enquire about January swoop for Napoli defender Faouzi Ghoulam' as they eye second Serie A signing after capture of £7m Ignacio Pussetto Watford have tapped into the Serie A market as they look to seal January deals Hornets have asked Napoli about the availability of defender Faouzi Ghoulam The 28-year-old Napoli star has been out with a muscular injury since October  On Tuesday, Watford completed the £7million signing of Ignacio Pussetto

Watford have enquired about the availability of Napoli defender Faouzi Ghoulam, according to reports.

The rejuvenated Hornets are eyeing a second Serie A signing in the January window after sealing the £7million transfer of Udinese winger Ignacio Pussetto on Tuesday.

And, according to SportItalia, Watford aren't wasting any time in their pursuit of another Serie A signing after asking Napoli about signing 28-year-old Ghoulam. 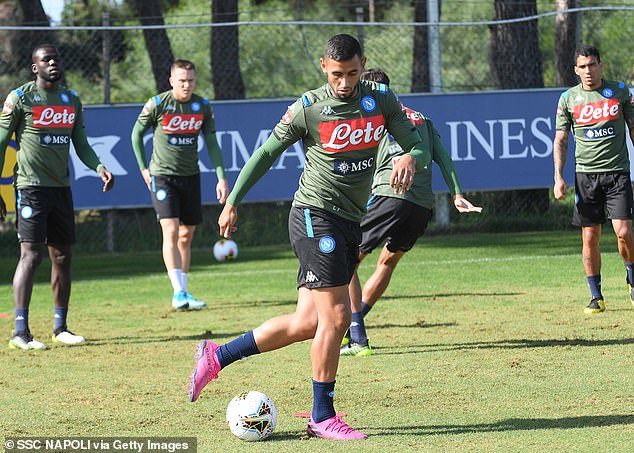 Watford are eyeing a move for Napoli defender