Fernando Alonso was involved in a crash at the Dakar Rally on Tuesday but even though his car flipped twice he continued the race without a windscreen!

The former F1 driver, alongside Marc Coma, was driving a Toyota Hilux over a sand dune when he lost control of the car at an awkward angle.

The car then proceeded to rollover twice before landing back on its wheels and even though people approached the car in the immediate aftermath, Alonso drove away from the scene seemingly unscathed. 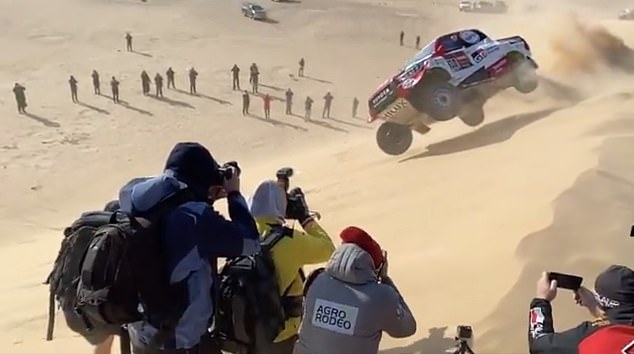 Driving over a sand dune, Alonso and Coma lost control and the car started to