Tyson Fury has been warned about the realities of becoming a wrestler full-time by a pair of WWE stars.

Fury stepped into the ring to take on Braun Strowman as a one-off match at WWE's Crown Jewel event in Saudi Arabia and there have been suggestions he could return in the future.

The British boxer is expected to play a part at Wrestlemania 36 in April after he faces Deontay Wilder on February 22. 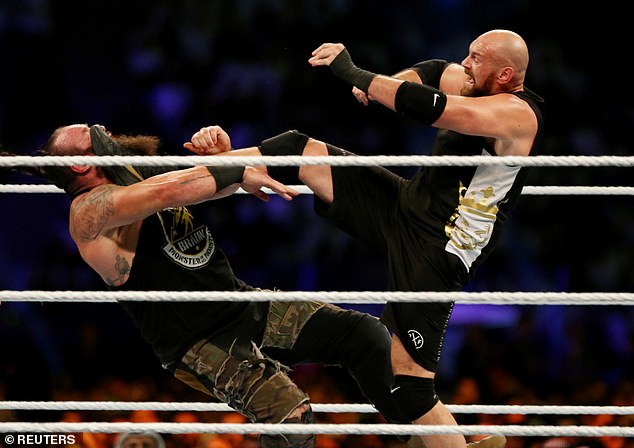 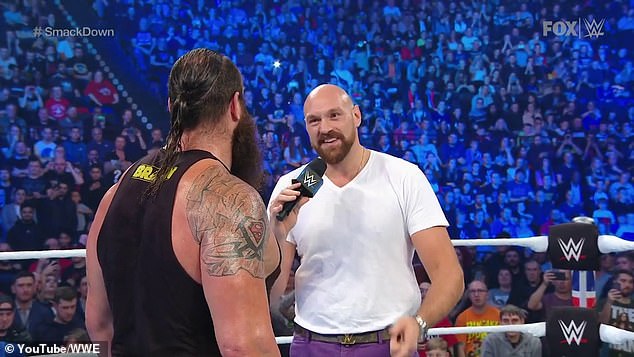 There have been suggestions that Fury, who is a lifelong fan of wrestling, could look to the industry for a career after boxing.

But Kurt Angle, who won the Olympic gold medal for wrestling before transitioning to a career in WWE, which has recently moved to BT Sport in the UK, admitted there were serious challenges for people coming into the company permanently.

He told Sportsmail: 'For me the toughest thing was the travel, 300 days a year, and the bumping. We bump on plywood. When we get slammed it’s pretty brutal. When I first started out, I quit. I took three bumps and I said, “I’m done”. It was pretty uncomfortable.

'I jarred my neck and my back and I thought, “This is suicide”. You adapt to it the more you do. You have to realise though that your quality of life after you’re done is not so good. 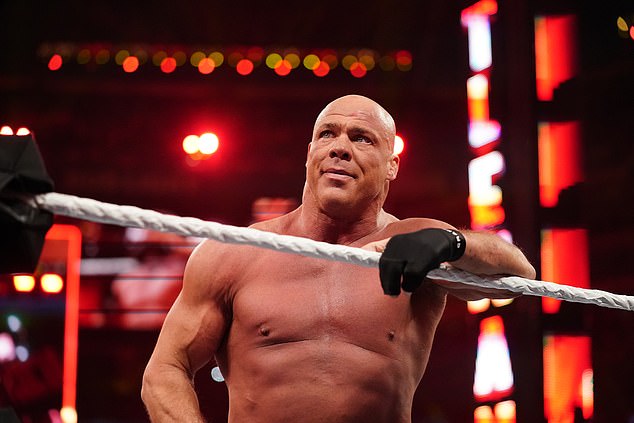 'I think that’s something that anybody that wants to get into it has to realise, that they’re not going to have a great quality of life. But if it’s their dream, they should pursue it. But know it’s going to be hard afterwards.'

Paige, who retired in 2018 due to a series of neck injuries, added: 'He’s a boxer too, so he’s used to being physical, right? But he’s not used to throwing his body on the ground. It’s a lot harder than it looks.

PREV sport news Newcastle must make decision on future of Dan Barlaser or risk losing him for ...
NEXT Indiana on the pace as 76ers crash to third consecutive NBA loss mogaznewsen

'Silent, limp and in pain': Push to unblur the lines of consent mogaznewsen