Rafael Nadal and Roger Federer come together to donate over £132,000 to Australia's bushfire relief... but Canadian player slams the 'selfish' tennis superstars as they are urged to protest against playing conditions at the Australian Open Rafael Nadal and Roger Federer took part in a charity exhibition on Wednesday Tennis' star names turned out in Melbourne for the 'Rally for Relief' event  Novak Djokovic, Serena Williams, Coco Gauff and Nick Kyrgios also featured But Brayden Schnur feels top names should be supporting qualifiers this week

Rafael Nadal and Roger Federer pledged funds to the Australian bushfire relief on Wednesday after a charity fundraiser which also attracted Serena Williams and Nick Kyrgios.

However, despite their support, not everyone is pleased with two of the game's greats, with Canadian player Brayden Schnur unhappy that Nadal and Federer haven't supported those in Australian Open qualifying over the conditions they are facing in Melbourne. 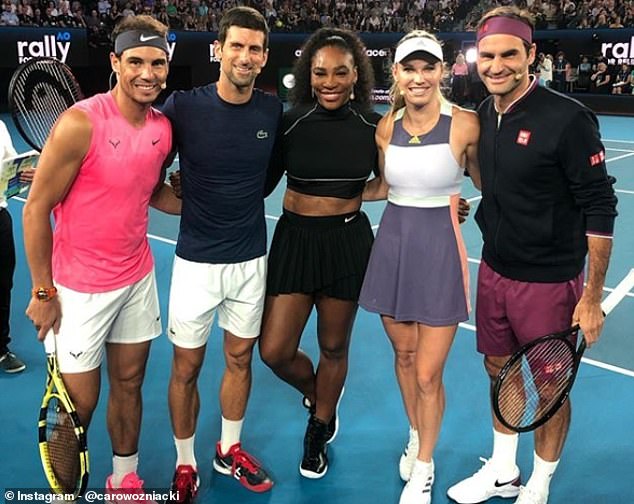 Schnur, the world number 103 who won his first-round qualifier despite the smoky air, was critical of players at the top of the rankings for not coming out and supporting those faced with the elements this week.