'I give the fight to Conor': UFC legend Cain Velasquez backs 'dangerous' McGregor to beat Donald Cerrone as he says 'Cowboy' only has a chance if he can take fight to the later rounds Conor McGregor returns against Donald Cerrone at UFC 246 on Saturday night McGregor will be looking to win his first fight in three years at the T-Mobile Arena Former heavyweight champion Cain Velasquez believes he will get the job done

The Irish superstar is looking to secure his first win in over three years in the welterweight contest at the T-Mobile Arena in Las Vegas.

McGregor is the betting favourite in what is a favourable stylistic match-up and Velasquez, who recently swapped the UFC for the WWE, is confident he will get the job done. 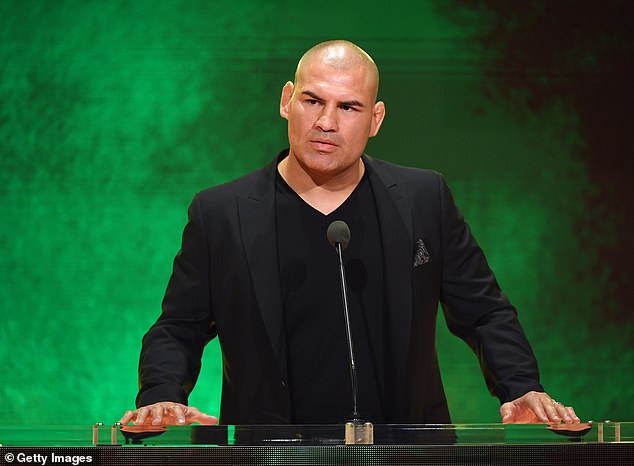 'I give the fight to Conor,' the American said when asked for his prediction by Sportsmail during WWE's promotion for their move to BT Sport in the UK.

'I've always been a big fan of Conor's stand up. I feel his boxing is really good. he gets a lot of power, keeps distance really well and he's got good defence.

'As the fight goes on, into the fourth or fifth round, I give it to Cerrone but that's about it. Only if it does go into those later

‘We are in the last days’ Egypt-approaching locust swarm sparks Bible ...