'He has won so many trophies and everyone wants to follow this way': Serge Aurier insists Tottenham are desperate to win more silverware for Jose Mourinho as he claims boss is 'in the three best managers in the world' Serge Aurier insists Tottenham are eager to win trophies for Jose Mourinho  Tottenham boss Mourinho is looking to add to his impressive haul of silverware  Aurier has hailed Mourinho as one of the top three managers in world football

Serge Aurier has praised Jose Mourinho and insists that Tottenham are desperate to win more silverware for their manager.

Mourinho has won a wide array of trophies at various clubs and is now tasked with trying to bring success to Tottenham.

Although the north London club haven't won a trophy since they lifted the League Cup in 2008, Aurier feels Mourinho could be the man to end that drought. 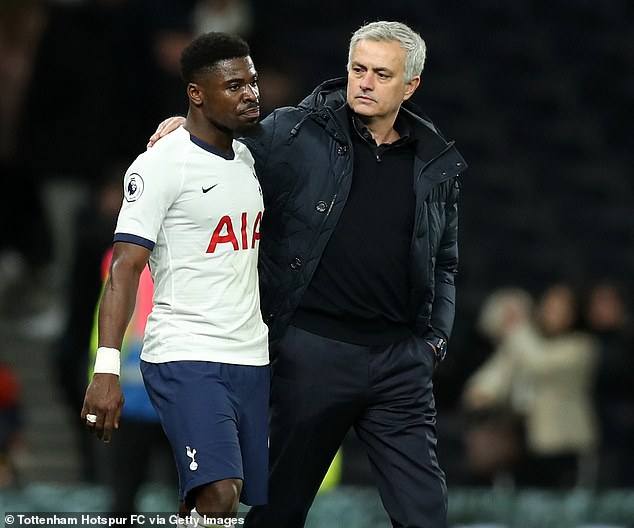 Aurier also hailed the Portuguese as being one of the top three managers in world football.

'For me, yes, he is in the three best managers in the world because he has won so many trophies,' Aurier told The Telegraph. 'When you win so many