Roger Federer resurfaced at the Australian Open - and it was not the usual early season celebration of the sport's highest profile athlete and his remarkable longevity.

Instead the 38 year-old Swiss had to defend himself against accusations that the top players do not care enough about their lower-ranked bretheren, something that has been brought to the fore by the issue of air quality.

Canadian Brayden Schnur was among those playing in the qualifying event who inferred that the most important figures in the game were not sufficiently supportive of those who had to play in hazy smoke earlier in the week. 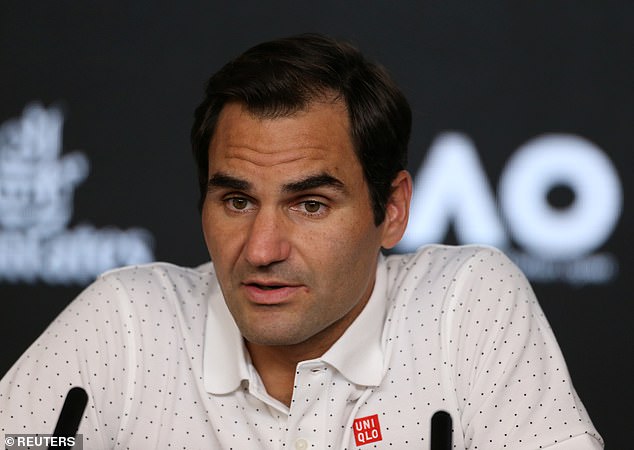 Federer bridled at the suggestion as he prepared to play what will be only his first tournament of the season on Monday.

'So what can I do? I can go to the office, speak to them (organisers),' said the world number three.

'I went to them the first day when it was bad on Tuesday, the next day on Wednesday when it was still bad. I told them, "Look, I just think communication is key for all of us, for everybody. We just need to do more because I feel like I hadn't gotten enough information"'

'Can I go on court and say, "Everybody stop play"? I can try.. I don't think that's going to do much. Some media are happy to hammer home with that subject because it's a new one. Maybe it was all a bit late.

'But I don't think I can do more than what I did. I'm on the (Player) Council. I've been on the tour for so long, I came through the lower ranks, the juniors. At the end of the day we all care