By Neil Manthorp For The Daily Mail

Faf du Plessis will face even greater pressure than he has already endured in the last year after what will be a humiliating defeat on Monday — provided there isn't a full day of rain to save his beleaguered side.

He became the first South Africa captain to lose a Test series on home soil against a team from the subcontinent when his men went down 2-0 to lowly Sri Lanka a year ago, before leading them to ignominious failure at the World Cup.

Worse was to come in India in October when they were thrashed 3-0 in another Test series, the last two defeats by an innings. Now this. It's not just the results, it is the nature of the performances which rankles, the apparent lack of fight which is so alien to South African sports culture. 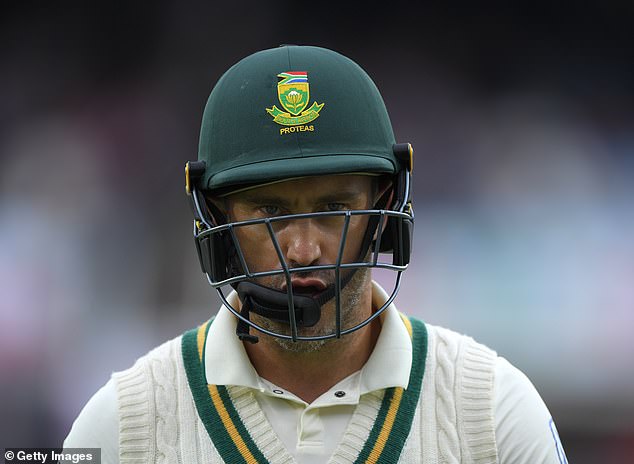 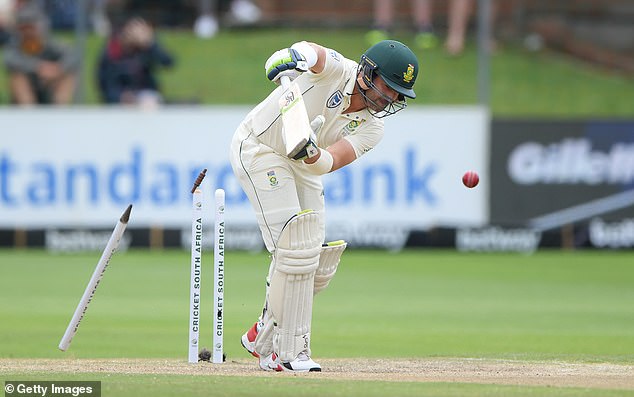 Head coach Mark Boucher did his best to deflect criticism from his under-siege captain but stopped short of defending him. 'It's not the time to start pointing fingers, it's a time for self-reflection,' said Boucher.

'Ultimately, I need to take responsibility for the performance of the team and I need to ask myself how I can upskill these players,