'If I say anything on this it will get someone into trouble': England captain Joe Root remains tight-lipped over Kagiso Rabada's celebration of his wicket that earned the South Africa star a ban for fourth Test Joe Root was worried about reacting to Kagiso Rabada's celebration Kagiso Rabada charged down the wicket after clean bowling Joe Root  Rabada is accused of celebrating in a manner which could provoke a reaction He was fined 15 per cent of his match fee and picked up his fourth demerit point Four demerit points across a two-year period triggers a one-match ban

Joe Root was worried about reacting and getting in trouble himself to the 'over-zealous' celebration of Kagiso Rabada after taking his wicket that landed him a one-match ban.

'That was my only concern,' said the England captain. 'Thankfully I held my tongue, waited patiently until he'd finished and walked off. He was obviously quite close but I didn't have an issue with it. If I say anything on this it will get someone into trouble so I'm going to keep my mouth shut.

'The most important thing for us as a team is that we respect decisions made on the field and we don't put ourselves in a position where guys are missing games because of celebrations or send offs. We go about things the right way.' 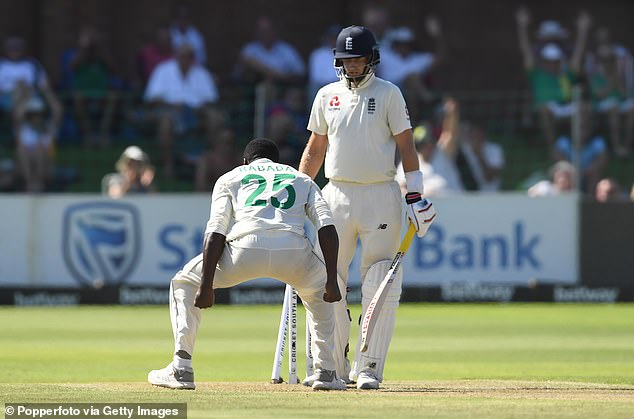 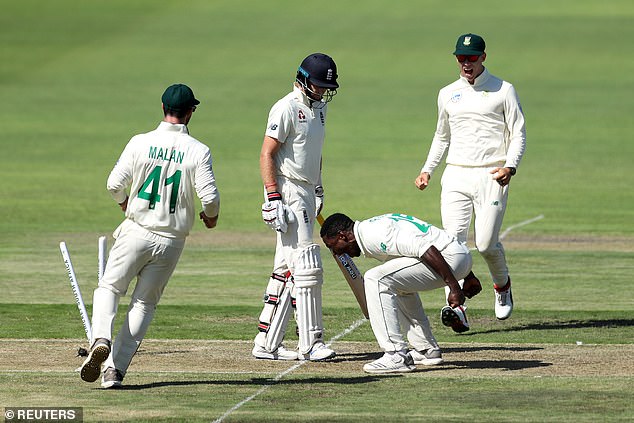 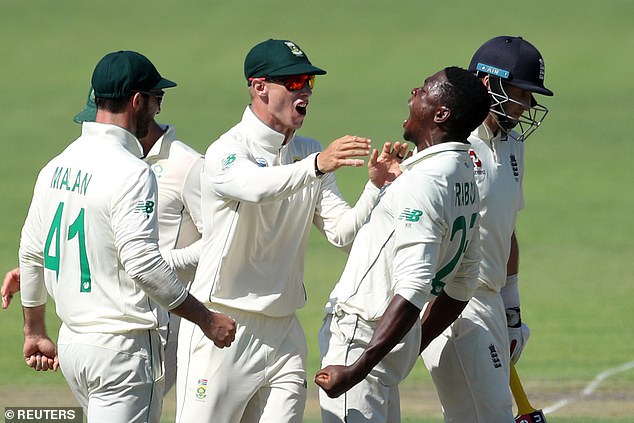 Rabada charged down the wicket after clean bowling the England captain for 27 on day one of the third Test, stopping just in front of him as he pumped his fists and shouted in celebration.

It appeared to be a natural reaction to the dismissal of arguably England's best batsman, but Zimbabwean official Andy Pycroft charged the bowler with a level one breach of the International Cricket Council's disciplinary code.

The breach relates to 'using language, actions or gestures which disparage or which could provoke an aggressive reaction from a batter upon his or her dismissal during an international match'.

PREV Werner gives Leipzig the edge over Spurs in Champions League mogaznewsen
NEXT sport news Cristiano Ronaldo has reached 50 goals in Italian football faster than some ...