'Conor, if you want to do it, let's do it. If not, I've got s**t to do, man…': Jorge Masvidal calls out Conor McGregor AGAIN after Irishman's victorious UFC comeback as he targets July date Jorge Masvidal has called out Conor McGregor after his comeback at UFC 246  The Irishman demolished Donald Cerrone in 40 seconds to kick off his 2020  Now BMF title holder Masvidal has urged him to agree on a possible scrap in July  But he feels McGregor doesn't want the fight and said he's 'not here to bully it'

Jorge Masvidal has called out Conor McGregor and told him to 'stop flirting' ahead of a possible money-spinning bout between the pair.

McGregor enjoyed the perfect comeback to the Octagon after demolishing Donald Cerrone in just 40 seconds in Las Vegas on Saturday, and the 31-year-old immediately invited his rivals to step up and challenge him, saying: 'Any one of these little mouthy fools can get it'.

But BMF title holder Masvidal has reignited his war of words with 'Notorious', claiming that he doesn't want to face him and urged him to make a date. 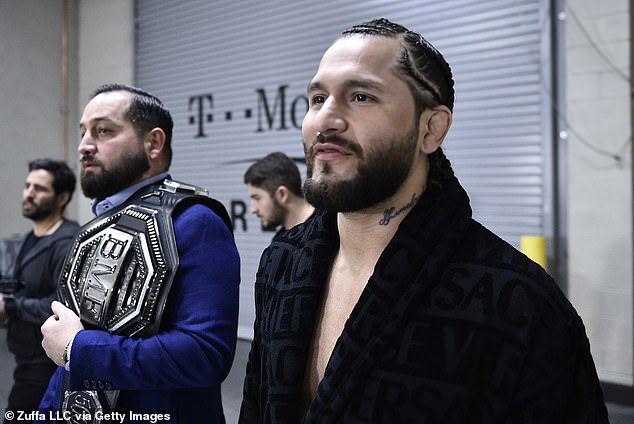 'All I know is that he don't want the fight so I don't give a f**k no more, I'm moving on from that fight man,' he told Ariel Helwani's MMA Show.

'This dude don't want the fight. I'm not here to bully it.

'This guy doesn't want to f**king fight man. Leave him be. Once he gets the trilogy with Nate [Diaz], god bless him, do your thing my brother. I cound't give a f**k less.'

McGregor has been linked with a couple of big rematches - one against Floyd Mayweather after the undefeated welterweight teased fans with a picture saying 'Mayweather McGregor 2, 2020'. Another has been mooted against Khabib Nurmagomedov, who beat him by submission in 2018. 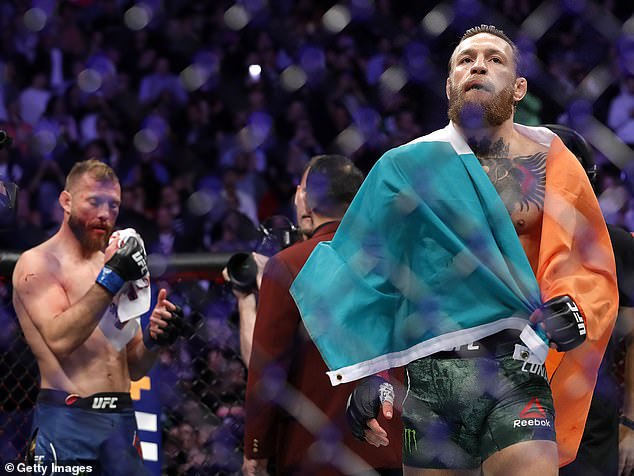