A tearful Caroline Wozniacki broke down on court surrounded by her family as she closed the curtain on her 15-year playing career.

The Danish star lost to Ons Jabeur 7-5, 3-6, 7-5 in the third round of the Australian Open, and she decided to call it a day at the age of 29 after revealing last month that the tournament would be her last.

While she would have been hoping to bow out in a blaze of glory, Wozniacki insisted she was proud of her career and had no regrets about the way it had panned out, joking that it was inevitable she would finish with a routine mistake. 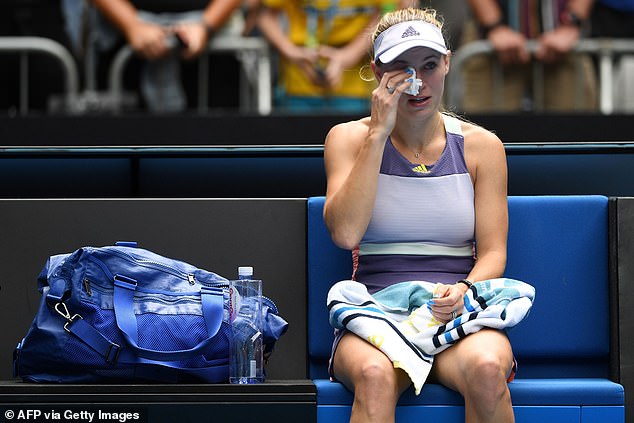 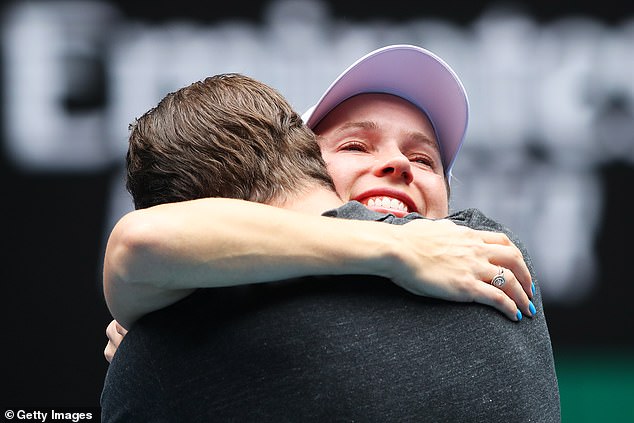 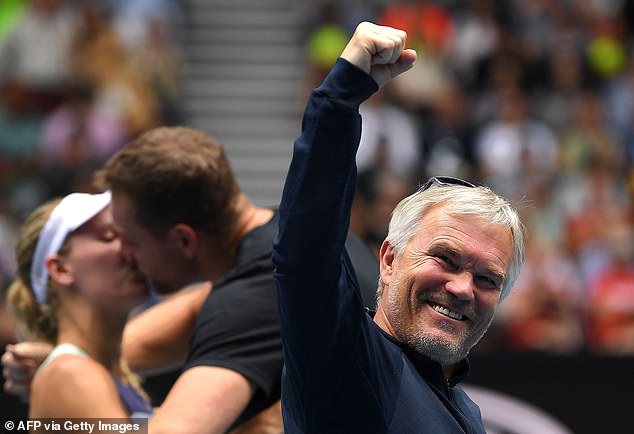 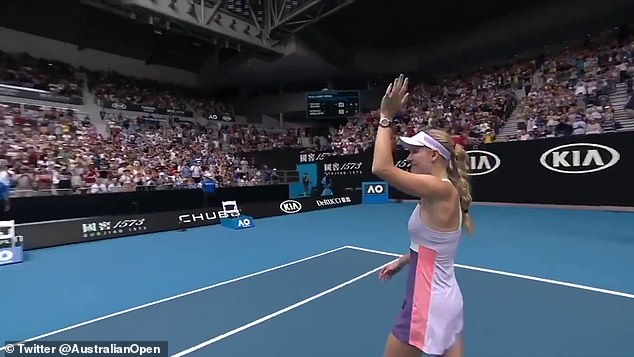 'I think it was only fitting that my last match would be a three-setter, a grinder, and that I would finish my career with a forehand error,' she said after the match.

She said she had been overwhelmed by the support she had received as tributes were played to her on the big screen, and she collected a huge bouquet of flowers.

'There's a lot of emotions, a lot of things I can't compartmentalise now,' she added. 'A lot of excitement. A little sadness. Flashbacks to since I was a kid to this moment.

'The fact that it's gone so quick but at the same time it feels like I've been out here for a long time. Players coming up to me and congratulating me. Just feeling the love from everyone has been very special.' 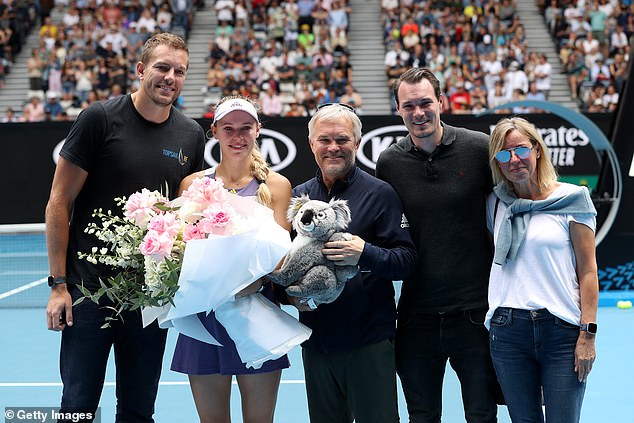 There were emotional scenes as 'Sweet Caroline' played out around the sound system at the stadium, as she embarked on a lap of honour, waving to spectators with tears in her eyes.