Every team has an unsung hero. Since he signed on the dotted line from Hoffenheim, Roberto Firmino has often played in the shadows – putting in some stellar displays but not always getting the recognition he deserves.

Mo Salah and Sadio Mane have 30 goals between them this season and are used to taking all the praise, but the Brazilian is proving that he is one of the most valuable assets Jurgen Klopp has with his jaw-dropping recent form.

Some may detect a pattern emerging after he scored another dramatic winner against Wolves on Thursday night to prolong Liverpool's freakish winning streak and maintain their 40-game unbeaten run. 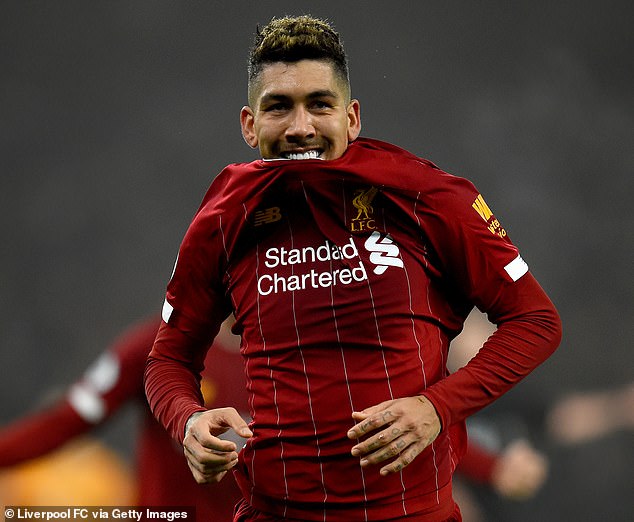 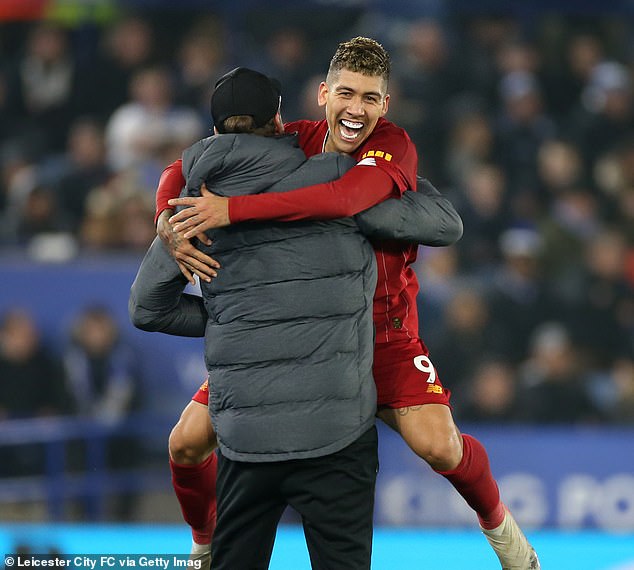 Firmino has been a crucial cog in Klopp's machine during his five years at Anfield, and his sixth goal in eight games against Wolves helped him stake a claim for the hottest player in the Premier League right now.

He has 10 goals in all competitions this season – five of them have been decisive in winning league games and he almost single-handedly won them the Club World Cup with two of them.

Klopp said it best at the start of the season, saying how Firmino was his 'cheeky guy' who made things happen in the middle while Salah and Mane caused havoc either side of him.

'That’s what helps him then, of course,' he said. 'If you have the speed around you, you can be this little cheeky guy in between the lines, being there and scoring the goals. Yeah, he’s a very valuable player for us.' 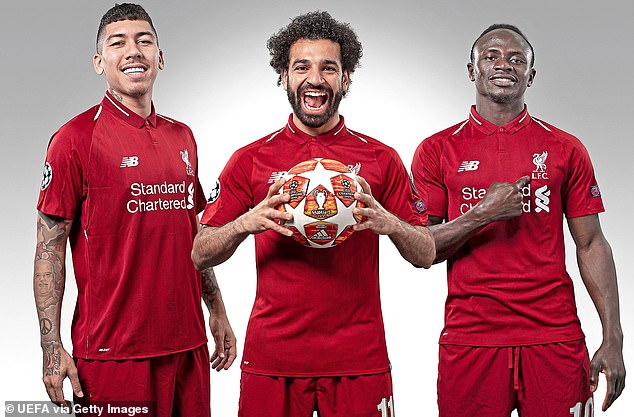 Mo Salah (C) and Sadio Mane (R) may grab the goals, but Firmino has shown he is their equal

The Brazilian arrived at Anfield for £30million in 2015, and most Liverpool fans would struggle to admit they had seen many of his performances or heard much hysteria. And the 28-year-old didn't set the Bundlesliga on fire – far from it. He joined the Reds on the back of seven league goals in 33 games in the German top flight.

The season before he had been named as the division's Breakthrough Player of the Season, notching 22 goals and giving himself a decent highlight reel for fans to watch on YouTube. But the job he was coming in to do wasn't something that could be showcased in a three-minute clip.

At Hoffenheim he was primarily deployed as an attacking midfielder, and sometimes shunted out wide, and that continued at Liverpool as manager Brendan Rodgers struggled to find his best position and continued to experiment with him.

He hadn't found the net under his leadership – Christian Benteke had come in during the same transfer window for around the same price, and was often picked to spearhead attacks. It wasn't until Rodgers was sacked and replaced by Jurgen Klopp that Firmino started to come alive. 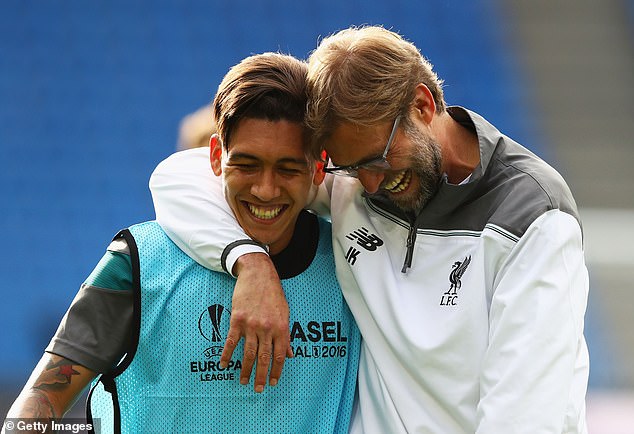 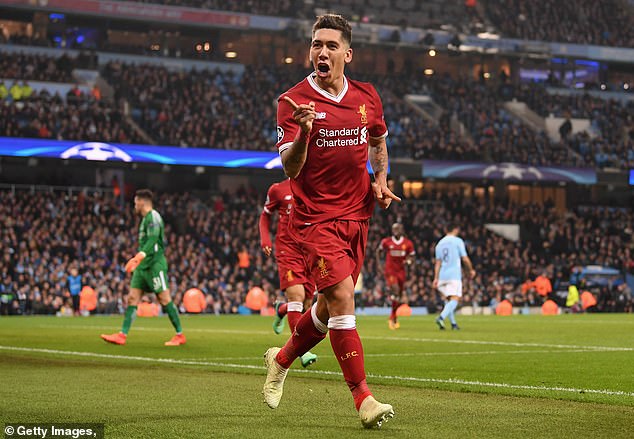 In that first season, he went on to grab 11 goals and 11 assists after the German decided to make him his main central forward. But even with the backing of Klopp and a positional switch, he has never been a 20-plus-goal-a-season striker.

As he has shown this season, Firmino is the complete package as Klopp's false nine – dropping deep, holding up play, creating chances and finishing them off too. We often judge strikers on how many goals they score, which means many fans would be ridiculed for putting him in the same league as Roberto Lewandowski, Sergio Aguero or Harry Kane.