It’s been a good week for Antoine Griezmann. He scored twice in the Spanish Cup on Wednesday to send Barcelona into the last-16; he had already shown he is totally switched on for Quique Setien three days before in the new coach’s first game in charge; and on Thursday he was relaxing courtside watching Barcelona’s basketball team take on Red Star in the EuroLeague.

He’s assimilated into the club’s culture; he’s vital for the new manager; and he’s started to prove that they don’t need to sign a new striker to replace the long-term injured Luis Suarez because he can do the job.

The biggest cheer from the first half of that first game with Setien in charge last weekend came after about 20 minutes when Griezmann sprinted from his position in Barcelona’s attack to right back territory to make an interception. Something about his body language that night said: ‘This is my time now’. 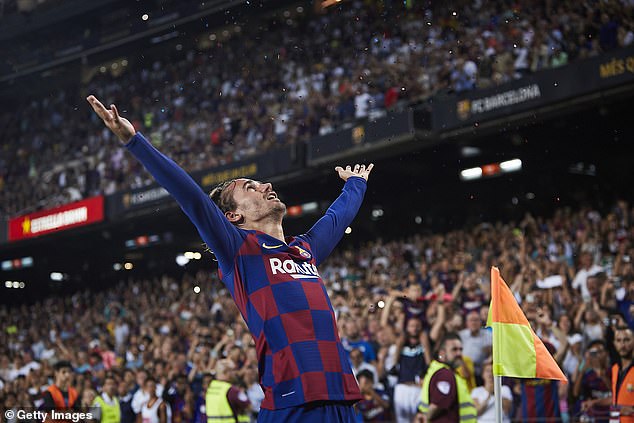 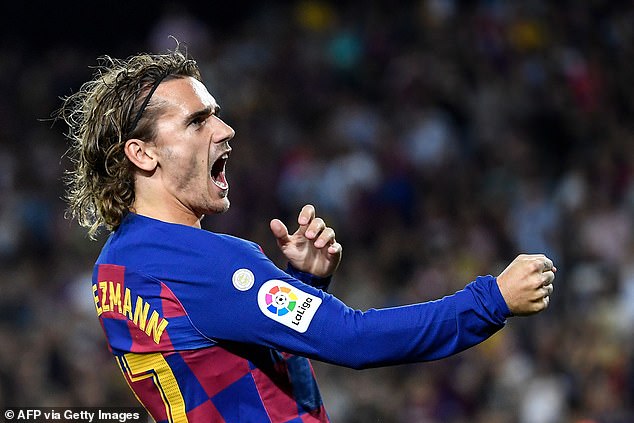 And when he got two goals in midweek to save Barcelona from embarrassment against minnows Ibiza in the cup it felt like a reaffirmation that he is going to be the man to help Setien start well at the Camp Nou and to survive without Suarez.

Griezmann who has played in 27 of Barcelona's 28 games this season has now scored 11 goals in all competitions, ‘that’s more than Philippe Coutinho managed in the whole of the last campaign’ reported Diario Sport on Thursday. Unfair on Coutinho maybe if you consider him as a midfielder but Griezmann, while maybe not playing in midfield, has been playing in the shadow of the Suarez and Lionel Messi partnership.

He can step out of it now and into Suarez’ shoes. They are big ones to fill because he had scored or assisted 41 percent of Barcelona’s goals before he got injured but there is a feeling at Barcelona that Griezmann will respond to the extra responsibility – he did it under Diego Simeone when he was Atletico Madrid’s most important player. 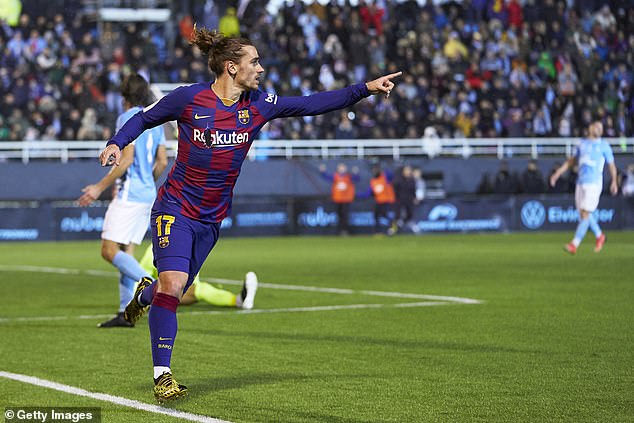 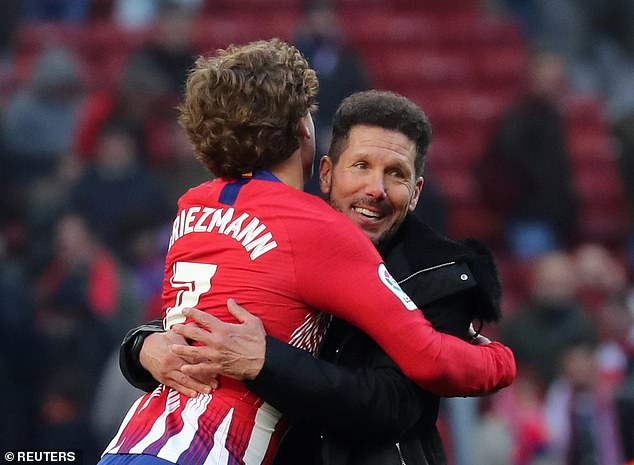 It's a role he is accustomed to, having lead Atletico Madrid with Diego Simeone before

He showed signs of doing it last weekend and on Wednesday in Ibiza, and in the absence of the rested Messi, he was Barcelona’s key man standing up to be counted when the team needed him. How Atletico Madrid could have done with him 24 hours later after they were knocked out of the Cup.

Today Barcelona face Valencia where they have drawn 1-1 in the last two seasons. Last year it was Suarez passing to Messi to salvage a point after Ezequiel Garay had opened the scoring. This time there will be no Suarez so Griezmann becomes Messi’s go to first option.

It was always going to be tough for Griezmann coming into a Barcelona dressing room dominated by Messi and Suarez. He has spoken off the record about how nobody welcomed him more in private and sent him more messages to aid his adaptation off the pitch than Suarez. But it still remains that the South American brothers come as a pack and Griezmann was always going to be the third man at the

PREV sport news Arsenal star Matteo Guendouzi is fighting for his future after being axed by ...
NEXT sport news Barcelona given green light by La Liga to sign emergency forward to replace ...