Manchester United beware! Tranmere forced to protect waterlogged pitch with giant covers to stop further damage after Ole Gunnar Solskjaer warned his payers against 'divots everywhere' and potential injury Manchester United face Tranmere away in fourth-round of the FA Cup Fears have been raised over the suitability of the pitch at Prenton Park Pitch cut up during their third-round replay victory over Watford on Thursday Two games have been postponed in recent weeks due to inclement weather

Tranmere were forced to cover their mudbath of a pitch to avoid further damage from the rain ahead of the visit of Manchester United on Sunday.

The muddy pitch has been a cause of concern ahead of the FA Cup fourth-round tie, with Ole Gunnar Solskjaer complaining about 'divots everywhere' in the buildup.

And groundsmen were frantically trying to move mud off the playing area with heavy rollers and brushes as the League One side took every precaution to make sure the game went ahead. 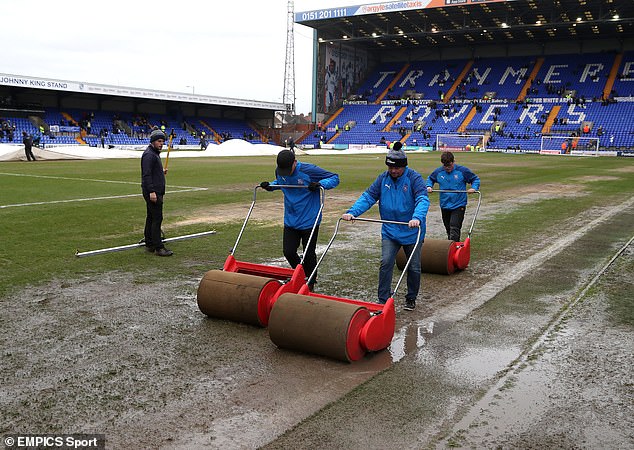 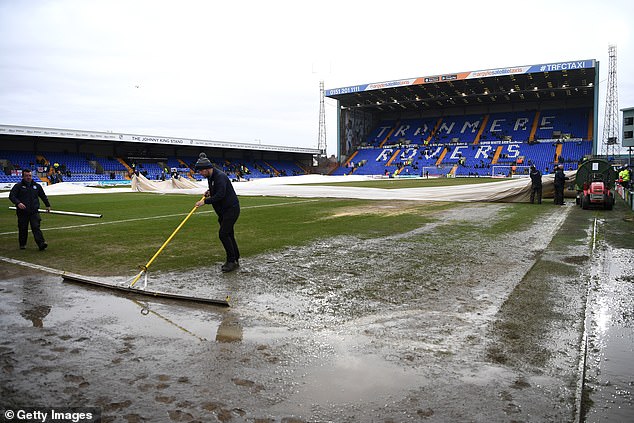 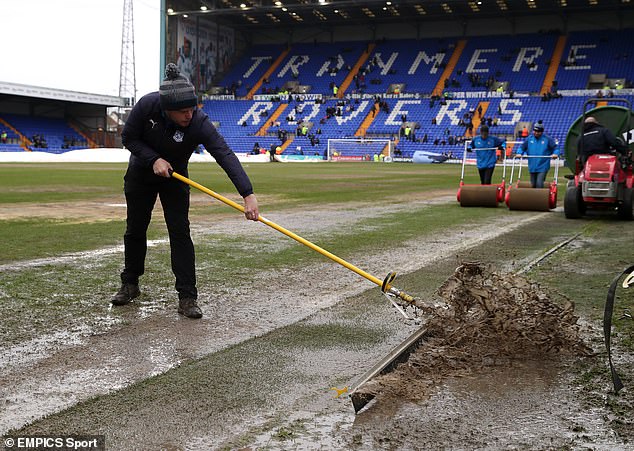 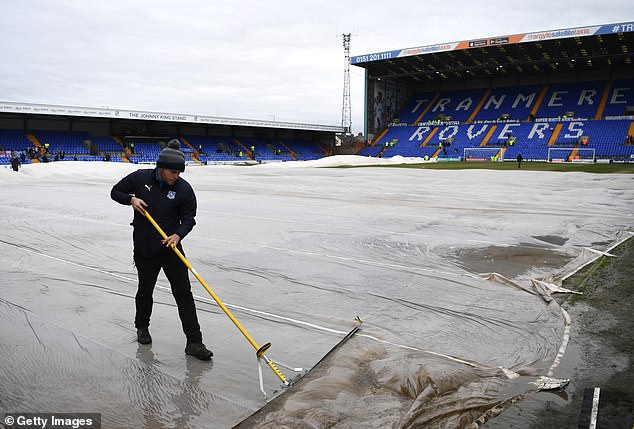 US pushes changes to Western land plans that judge blocked