Arsenal try to salvage £7.5m deal for Pablo Mari as defender fails to report for pre-season training and pushes for move after Flamengo called it off Pablo Mari had his medical over the weekend but there was a late hitch  A Flamengo director claimed Arsenal wanted to change the terms of the deal The defender flew back to Brazil but failed to report for pre-season training Negotiations between Flamengo and Arsenal over the transfer are ongoing

Arsenal are trying to salvage their deal for defender Pablo Mari after his club Flamengo called it off on Monday.

Mari had undergone his medical with Arsenal and was ready to sign only for Flamengo to change their demands on what was expected to be a loan with view to a permanent £7.5million deal.

The 26-year-old was forced to fly back to Rio de Janeiro but failed to report for pre-season training with Flamengo as he pushed for the transfer to be revived. 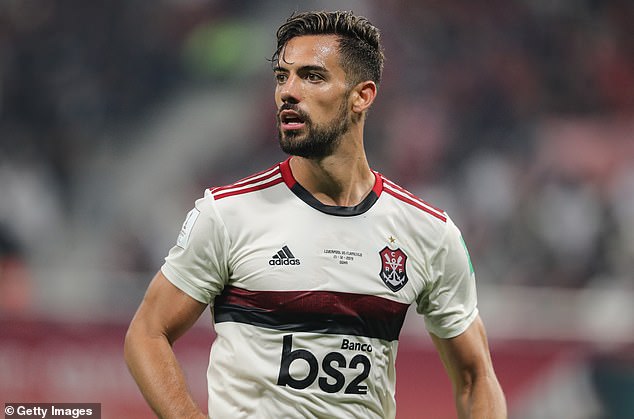 It came after a Flamengo director has claimed Arsenal moved the goalposts in the deal to bring Pablo Mari to the Emirates.

Mari arrived in London on Saturday for his medical after Arsenal technical director Edu had agreed a deal with Flamengo to sign him on loan with view to a £7.5m transfer.

No problems were anticipated but the player is now back in Brazil after a late hitch.

A Flamengo director said: "I already spoke with Pablo Marí now. We expect him at Ninho do