They led, they trailed, they pulled even and they ended a peculiar game precisely as they started it – eight points behind Leicester and pondering the mysteries of goalkeeping. Weird times at Chelsea indeed.

But also fortunate. This was an important game they might have lost, and probably should have done. Even at 2-2, with all four scored in the second half, Jonny Evans and Harvey Barnes fluffed clear chances for Leicester, who were then denied a penalty in stoppage time for a claim of handball against Antonio Rudiger.

So a let off of sorts, both for the team and also Frank Lampard, who took the boldest of calls in dropping his £71million goalkeeper, Kepa Arrizabalaga, and then watched as his veteran replacement, Willy Caballero, made one super save to deny Jamie Vardy in the first half before committing a boob in the second, when he had a role in Ben Chilwell making it 2-1 Leicester. 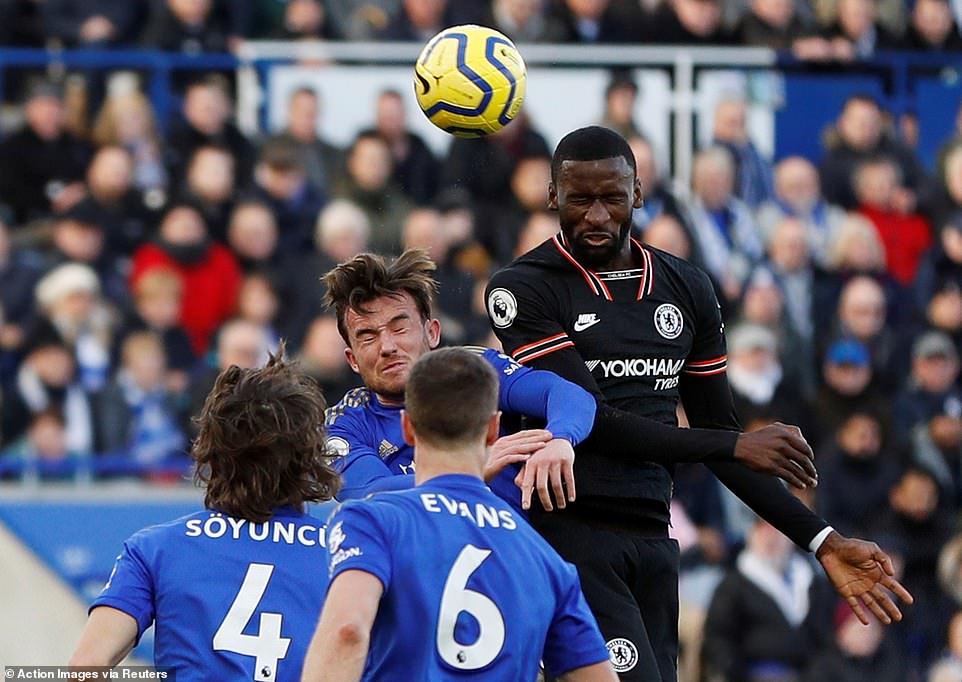 Following up on his earlier effort, Antonio Rudiger arrived on cue to out-jump the Foxes defence and power in another header 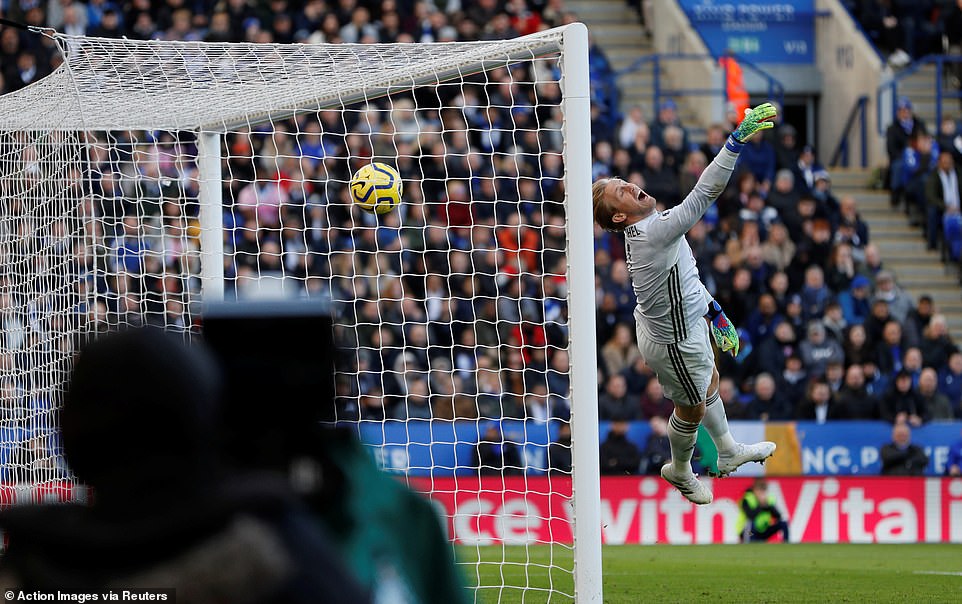 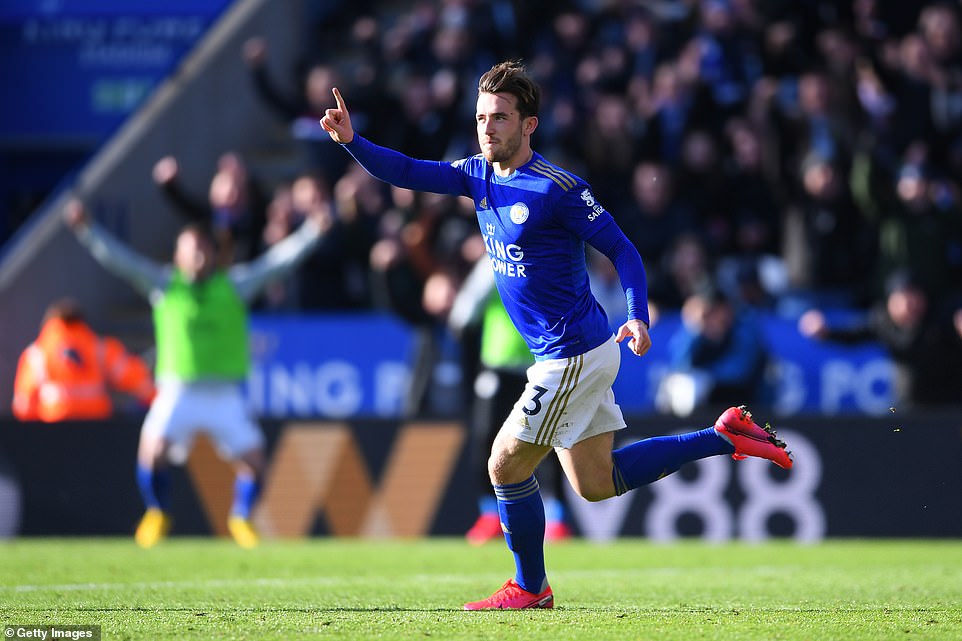 Ben Chilwell had turned Leicester's fortunes on their head with a neat, slotted finish to give his side a 2-1 lead in the contest 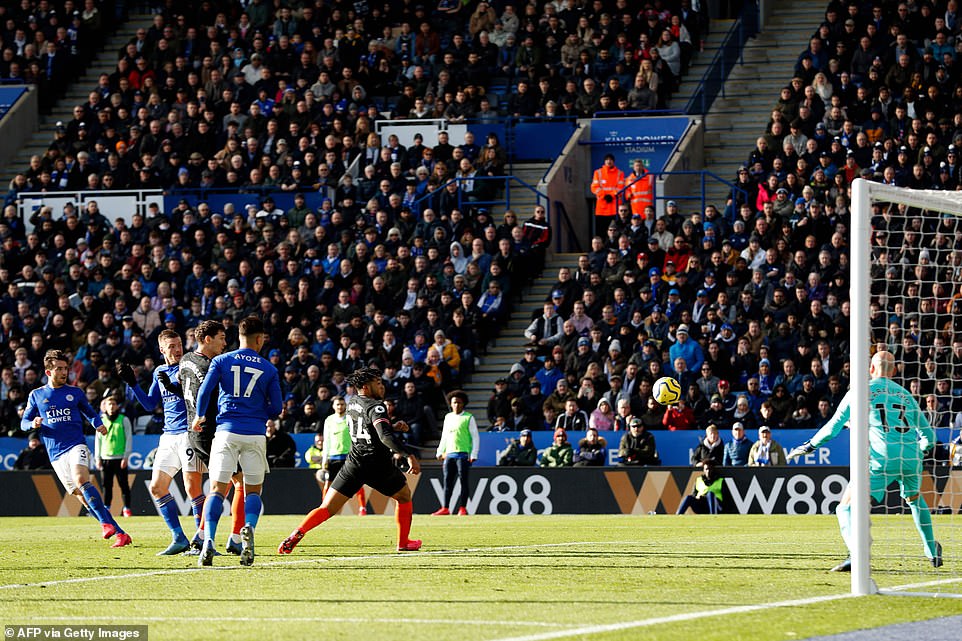 Those details alone were interesting, and so was the wider nature of this battle between third and fourth. Chelsea had led through Antonio Rudiger’s header, before Harvey Barnes and Chilwell turned it. That might have settled matters, but Rudiger nailed a second header – both from set-pieces, and neither cast Kasper Schmeichel in a great light – and it all ended even.

Decent for each manager and not brilliant, either, given how much both are struggling for fluency and momentum. Chelsea now have only four wins in 13 and a tired looking striker in Tammy Abraham, with no reinforcements delivered in the window; Leicester have three wins in nine and Jamie Vardy is five games without a goal. Similar predicaments for Lampard and Brendan Rodgers.

If the second half was about goals, the first half was about fractions. The fractions of fitness missing from the two key strikers, Tammy Abraham and Jamie Vary, and the fractions of space that made the difference between scoring and the game remaining goalless. It is hard to imagine the autumn versions of these forwards falling short in