Jamie Vardy and Tammy Abraham running out of gas as goalscoring burden takes its toll...Brendan Rodgers and Frank Lampard must buy strikers this summer to save pair from burnout Jamie Vardy has played 1,933 minutes this term and Tammy Abraham 1,842 mins Vardy has picked up two muscle injuries recently and Abraham an ankle injury Leicester and Chelsea need to sign able deputies this summer to give pair a rest

Jamie Vardy and Tammy Abraham are so important for Leicester and Chelsea that it feels as though as long as they can run, they will play. Whether the prolific forwards can sustain this output in the long term, though, is another question entirely.

Foxes boss Brendan Rodgers said in midweek that ‘an 80 per cent Jamie Vardy’ would always be involved in his squad, while Abraham started this game just 11 days after sustaining an ankle injury in the 2-2 draw with Arsenal.

Before this game, Vardy had completed 1,933 minutes in the Premier League this term, Abraham 1,842. Chelsea manager Frank Lampard was frustrated at the club’s failure to add another forward during the transfer window, perhaps forgetting to mention that he has two experienced internationals – Michy Batshuayi and Olivier Giroud – in his squad. 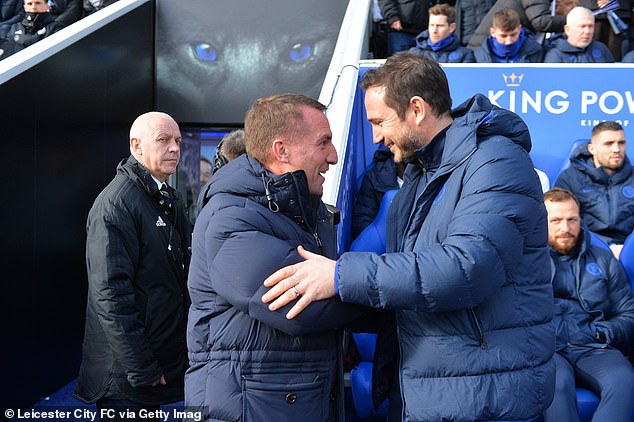 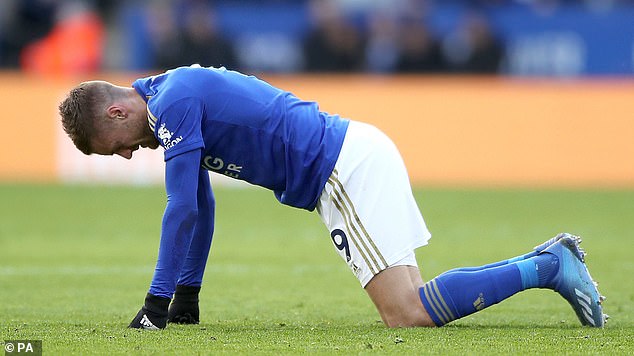 Before Saturday's game Vardy had completed 1,933 minutes in the Premier League this term 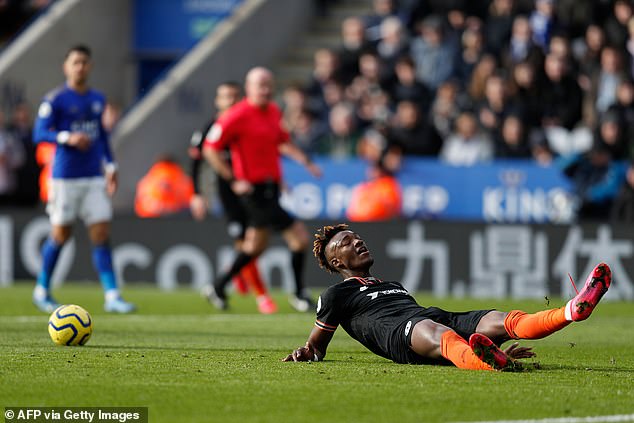 Abraham's sizeable workload has seen him rack up 1,842 minutes and its started to show

Kelechi Iheanacho is in excellent form for Leicester, with eight goals in 13 appearances, but when push comes to shove, Rodgers does not entirely trust the Nigerian. Even with Vardy slightly off the boil, and even with Iheanacho on target in the cup games against Brentford and Aston Villa, there was never any doubt about who would start here.

Both clubs need to strengthen that department in the summer, particularly Leicester if they claim a place in next season’s Champions League. Yet both may have to solve a puzzle that has stumped Tottenham ever since Harry Kane’s breakthrough season in 2014-15.

Anyone with a passing interest in football knows that if Kane is fit, he starts. And unless Tottenham

Is it too forward of me to buy my drug-dealing neighbour a doorbell? mogaznewsen