'I'm not sure we'll ever get another one': Brendan Rodgers stunned as Leicester embroiled in fresh penalty controversy after Chelsea's Antonio Rudiger escapes with handball

Brendan Rodgers says he has lost 'hope' of receiving future penalties after Leicester had a good shout denied for the second time in a week against Chelsea on Saturday.

The Leicester manager was exasperated after being a denied a spot kick in their Carabao Cup defeat against Aston Villa in midweek and was stunned again when Antonio Rudiger escaped a crucial handball shout in stoppage time against Chelsea.

The Chelsea defender clearly handled a Harvey Barnes cross in stoppage time at 2-2, though initially it appeared accidental as he had his hands were behind his back. 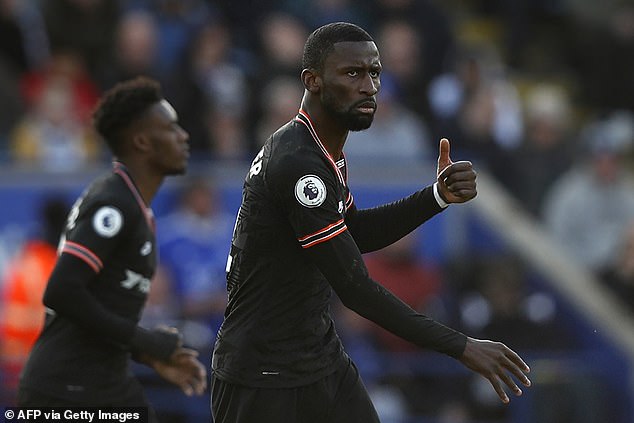 Replays hinted at possible intent, however, and Rodgers said: 'I felt after the midweek, if we don't get that handball

PREV sport news Mo Salah Olympic involvement up to player and Liverpool, says Egypt coach
NEXT sport news Tyson Fury's dad reveals he could tell son had mental health issues when he was ...