By Marcus Townsend For The Mail On Sunday

Rachael Blackmore made history when becoming the first female jockey to win the Irish Champion Hurdle on Honeysuckle and the duo are joint favourites with some bookmakers for next month’s Champion Hurdle at Cheltenham.

Trainer Henry de Bromhead, who won his third Irish Champion Hurdle, has yet to commit Honeysuckle to the feature race on the opening day of the Festival on March 10 and the mare has the option of running in a race restricted to her own sex on the same day.

But that route looks unlikely after Honeysuckle extended her unbeaten run to seven races with a half-length victory from Darver Star. 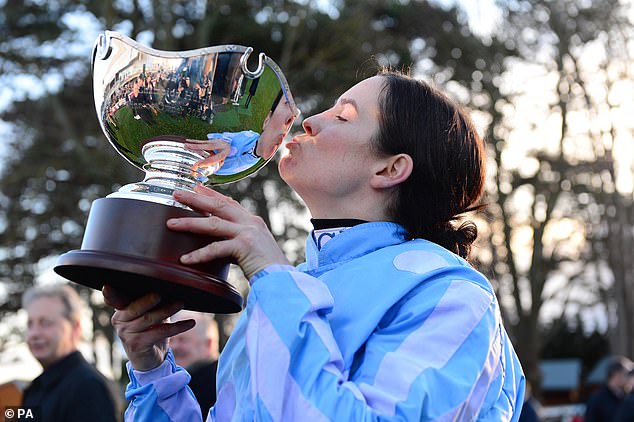