By Richard Gibson For The Mail On Sunday

England are contemplating dishing out a couple of debuts for their first one-day international as world champions on Tuesday.

One of the major objectives for the team hierarchy at the start of a new World Cup cycle that concludes with the tournament in India in 2023 is to expand the pool of players for ODIs and allow their senior limited-overs players to focus on Twenty20 cricket, with two World Cups in that format scheduled over the next 20 months.

It means consideration is being given to playing Tom Banton and Matt Parkinson, two of those blooded in the 3-2 T20 win in New Zealand last autumn, for the first couple of matches of the three-game series against South Africa that begins with a day-nighter in Cape Town on Tuesday. 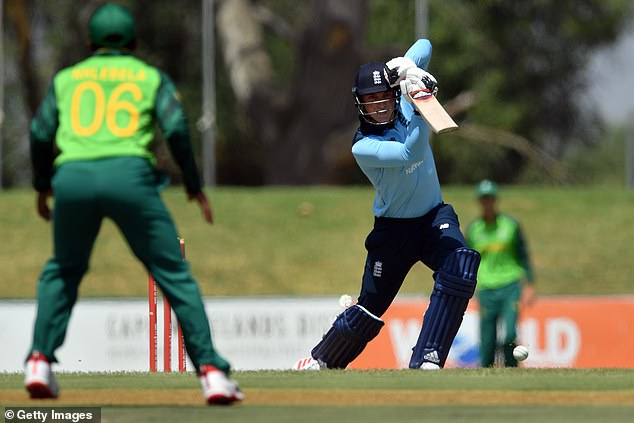 The presence of Jason Roy and Jonny Bairstow at the top of the order, allied to the fact that middle-order duo Ben Stokes and Jos Buttler are missing, would mean Somerset’s Banton — whose hitting as an opening batsman at the Big Bash League this winter has earned a new two-year contract with Brisbane Heat — slotting into an unfamiliar role at No 6.

But there is a school of thought that asking one of the country’s most gifted ball-strikers to operate outside his comfort zone would be good for his development.

Equally, Lancashire leg-spinner Parkinson could be challenged to take