Arsenal FINALLY found a suitor for Mesut Ozil... but the club then 'blocked a deadline day move to the Middle East' as they did not have time to find a replacement  Mesut Ozil could have left Arsenal on deadline day but the club blocked the deal A Middle Eastern club had an offer on the table, and Mesut Ozil was interested Mikel Arteta was also willing to listen to offers, but the Gunners pulled out

A Qatari club made an offer for Mesut Ozil on deadline day, but Arsenal blocked the move as they didn't have time to find a replacement, according to The Mirror.

Ozil was reportedly willing to listen to offers from the Middle Eastern club, as was Arsenal boss Mikel Arteta, however the club pulled out of the potential deal.

The German is currently taking up a hefty portion of Arsenal's wage bill, so Arteta is thought to be keen to move him on elsewhere. 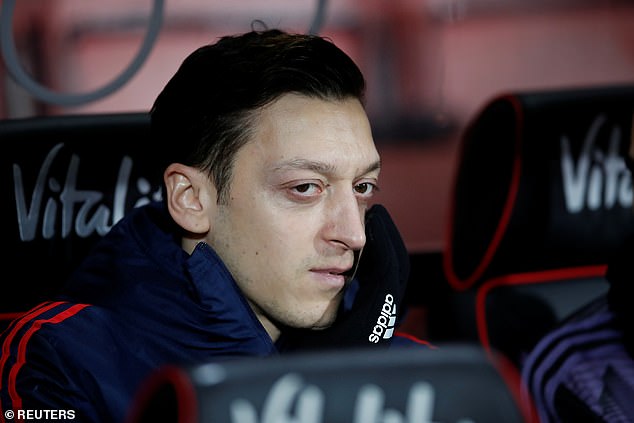 PREV sport news Chelsea 'in negotiations with Sassuolo over future of ex-player Jeremie Boga'
NEXT sport news Wales handed boost ahead of Six Nations clash with England as Williams, Navidi ...