Mike Keegan's Super Bowl diary: Kansas City fans taking over as their heroes dance to Will Smith, plus bare flesh, booze flowing and one guy offering punters a test to discover if they're heading for heaven or hell Kansas and San Francisco fans are ready for their sides to face at the Super Bowl Over the past day or so there has been an incredible influx of Chiefs supporters  Portly middle-aged men sport Patrick Mahomes wigs as the alcohol now flows The match will mark the first appearance from a female coach, Katie Sowers

There is something about the Super Bowl that brings out some, shall we say, quirky characters.

Dozens of resolute individuals have stationed themselves on South Beach and - armed with megaphones and speakers – are roaring out religious messages.

In the centre of party central, with the drinks flowing and bare flesh everywhere, the air is filled with cries of ‘The Lord will be your judge’ and ‘Repent or go to hell’. 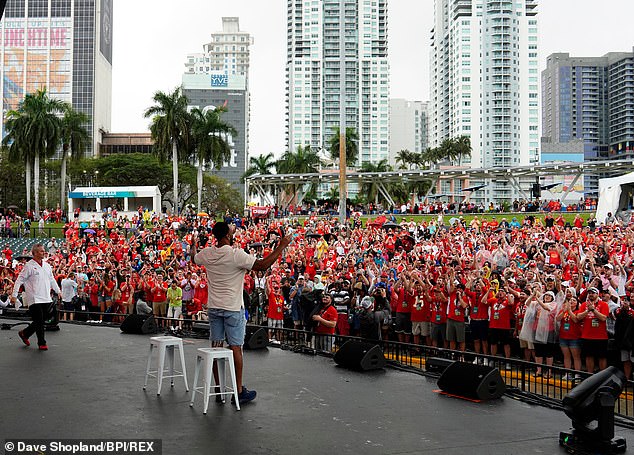 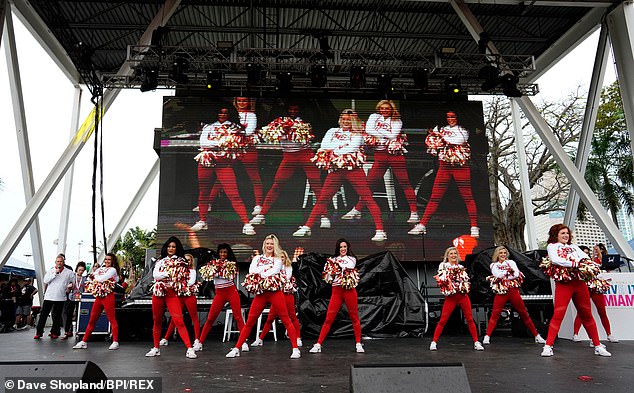 Kansas City chiefs Cheerleaders performed and whipped up the atmosphere

One chap is even offering a free test to show revellers whether they will go to heaven or not, while yards away a man dressed in army fatigues and clutching a giant National Rifle Association flag is shouting at passers-by: ‘Are you a patriot?’

Earlier this week, Super Bowl Diary said that Miami was around a 50/50 split of 49ers and Chiefs fans. You can forget that now. Over the past day or so there has been an incredible influx of Chiefs supporters.

A stroll down South Beach would suggest that the men from Missouri will have overwhelming backing at Sunday’s game. There are portly middle-aged men sporting Patrick Mahomes wigs everywhere.

Think the Premier League’s players are pampered? You ain’t seen nothing. Earlier this week, traffic was brought

PREV sport news Mourinho and Guardiola engaged in one of the fiercest manager battles ever in ...
NEXT Eddie's gift of the gab can't cover deficiencies on eve of Six Nations mogaznewsen