By the time Odsonne Edouard slotted home Celtic’s all-important third with nine minutes to go, Neil Lennon could contain himself no more.

Onto Hamilton’s plastic turf the Celtic manager went, punching the air and embracing his players. If ever a scoreline had belied how arduous an assignment had been, this was surely it.

Now seven points clear at the top of the Premiership having played a game more, Celtic, eventually took full advantage of Rangers’ slip up at home to Aberdeen the previous day. 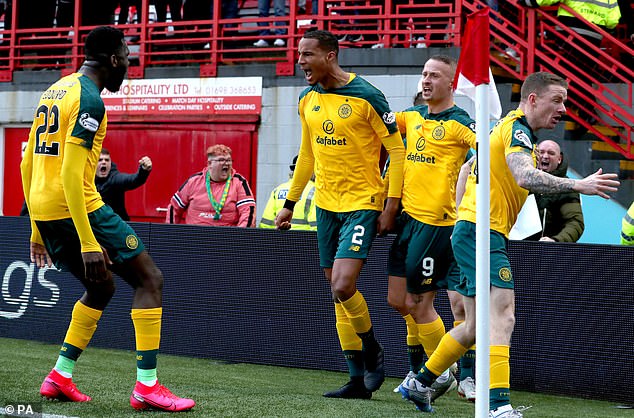 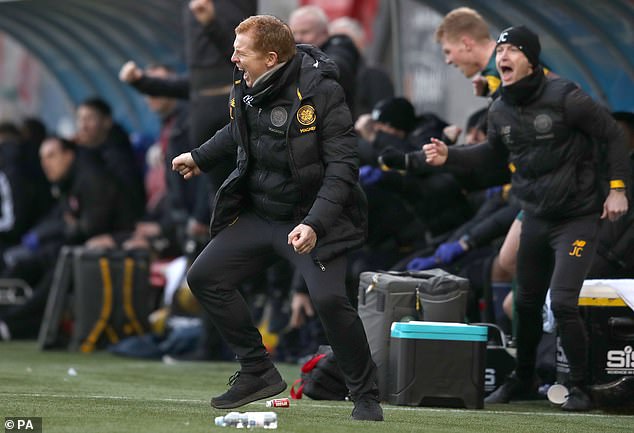 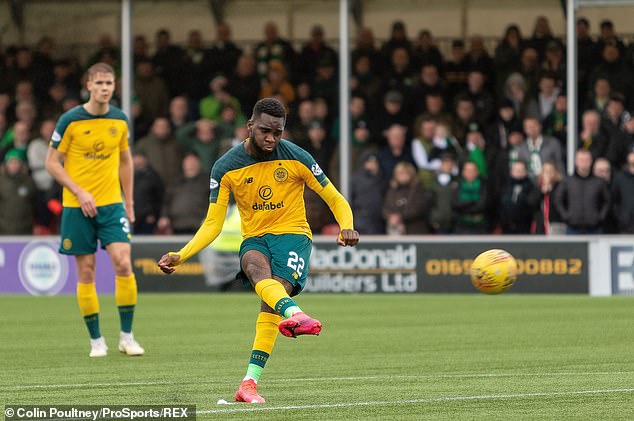 But my how they put the supporters through the wringer here. Even with a one-man advantage for 56 minutes following the dismissal of Jamie Hamilton, Lennon’s men laboured for the most part.

Just when it looked like they’d have to settle for a costly share of the spoils, though, they found that little bit of quality Hamilton could not.

Christoffer Jullien, Edouard and James Forrest all struck within a 12 minute burst that saw relief then joy sweep across the visiting end. To win so handsomely while playing below par for so long is indeed an art form that sides who win championships tend to master. 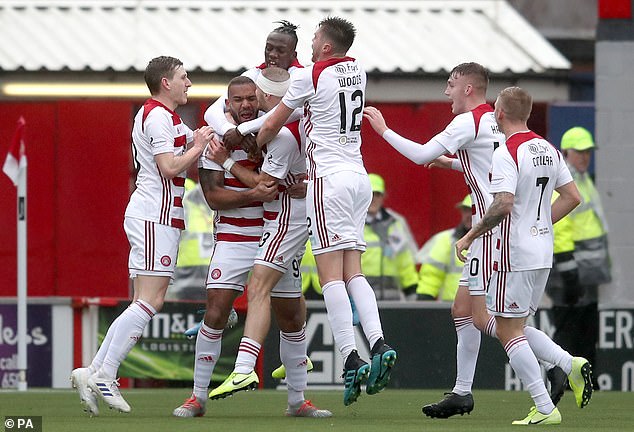 With Brian Rice beginning his touchline ban, this was something of a free-hit for Hamilton. But what a go they gave it until their legs could simply give no more.

They went in front through Marios Ogkmpoe, deservedly so. only for Edouard to claim his first of the day with a sumptuous free-kick.

If there seemed little doubt about the red card referee Nick Walsh flashed at Hamilton for tugging back Griffiths in the incident which led to the equaliser, Accies will long dispute that the Celtic man was fortunate to stay on the field.

His dangling boot certainly caught Sam Woods as they tangled on the halfway line. With the official in close proximity, however, it was deemed to have been accidental. 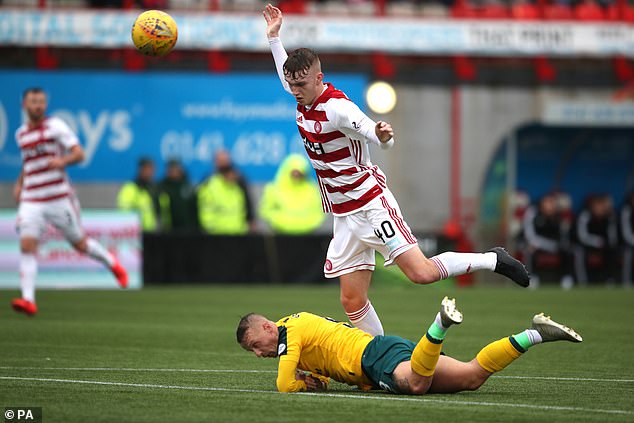 Hamilton didn't give in after losing a man, pushing Celtic all the way in the game

Hamilton have no scope to feel sorry for themselves, though. Three straight league losses has them anchored at the bottom of the division.

With Jozo Simunovic again injured, Lennon handed a debut to defender Stephen Welsh, the 20-year-old having spent the first half of the season on loan at Morton. He acquitted himself well here.

David Templeton, who rejoined Hamilton on deadline day, had to be content with a place on the bench.

Celtic were stodgy from the start. With Hamilton boldly got with two strikers, if anything, Rice’s side shaded the early exchanges. You could not say their opening goal was ill-deserved.

It stemmed from a fuel-injected dart up the left by Scott McMann which left Forrest in his wake and won a corner. 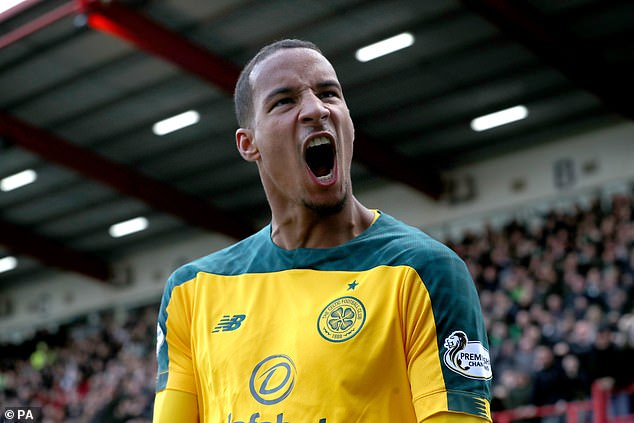 Blair Alston’s delivery to the front post asked questions of Jullien that went unanswered. Ogkmpoe’s short run was enough to out-fox the Celtic defender, with his header flashing beyond Fraser Forster before he knew anything about it. Suddenly, this was anything but a stroll in the park for the champions.

PREV sport news Extraordinary moment a stump microphone blocks a run out during an ...
NEXT Eddie's gift of the gab can't cover deficiencies on eve of Six Nations mogaznewsen