Jose Mourinho left fuming as Raheem Sterling escapes further punishment for reckless challenge on Dele Alli… but VAR deems tackle wasn’t worthy of a red card Raheem Sterling trampled on Dele Alli's ankle during first half of Sunday's clash Sterling was booked for the tackle which left Alli writhing in agony on the floor A VAR review ruled that Sterling's tackle wasn't worthy of a red card Mourinho and his assistant, Joao Sacramento, reacted with disgust on touchline

Jose Mourinho was left fuming after Raheem Sterling escaped a red card for a reckless tackle on Dele Alli during Tottenham's clash with Manchester City.

Sterling trampled on Alli's ankle midway through the first half, leaving the England international writhing in agony on the floor.

Sterling did attempt to apologise to Alli, who hobbled off the pitch before returning to the action after several minutes of treatment from Spurs' medical team. 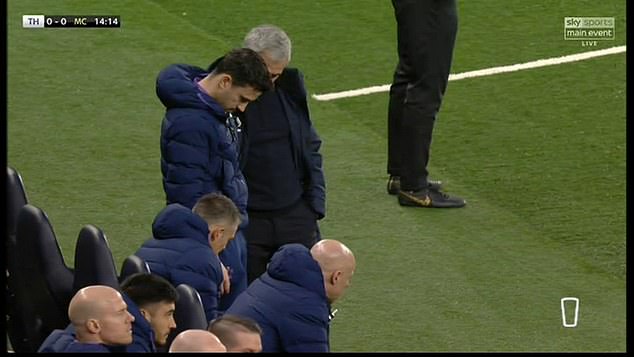 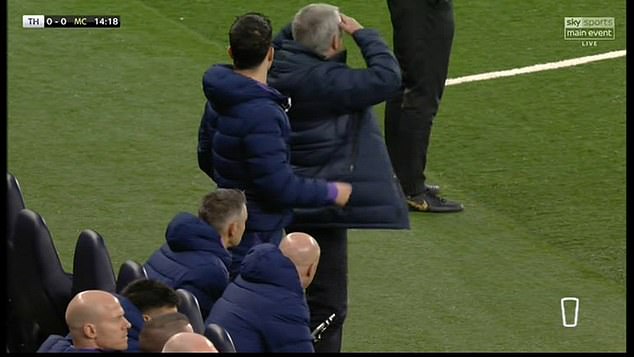 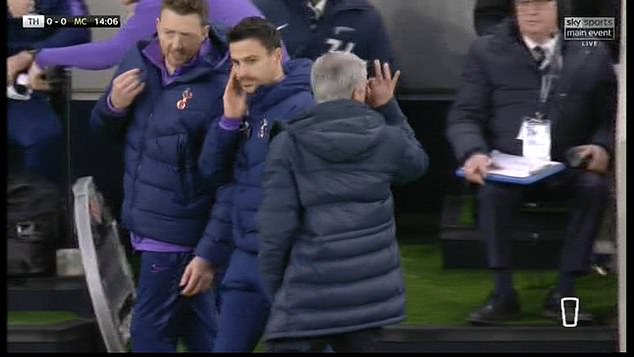 Sterling was given a yellow card but a VAR review of the tackle deemed that it wasn't worthy of a red card - though Mourinho disagreed.

The Portuguese watched a replay of the incident on a touchline monitor and then made a gesture to the fourth official suggesting that he should start wearing glasses.

Mourinho then continued to demonstrate his disgust at the decision as play continued, while his assistant, Joao Sacramento appeared equally unhappy. 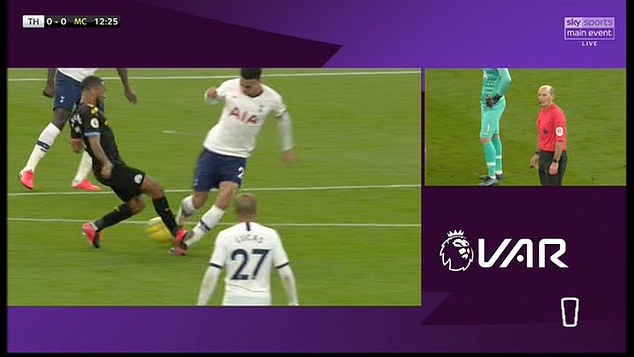 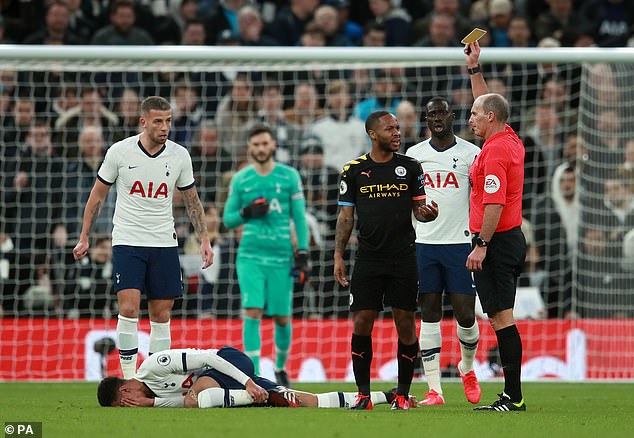 PREV sport news PSG and Borussia Dortmund have hit an incredible 193 goals between them this ...
NEXT sport news Norwich star Todd Cantwell reveals what it is like to face Liverpool