'They decided to go against the rules of the game to favour the spectacle': Tottenham boss Jose Mourinho blasts VAR for not sending off Raheem Sterling following Manchester City star's 'very nasty tackle' on Dele Alli Raheem Sterling was only booked following challenge on Dele Alli's ankle  First half tackle was referred to VAR  but not upgraded from yellow card Jose Mourinho branded Manchester City very lucky to not pick up early red card Tottenham ran out 2-0 winners after City were later reduced to 10 men Defeat at Spurs saw Pep Guardiola concede defeat in Premier League title race

Jose Mourinho slammed VAR last night for ruling that Raheem Sterling did not deserve a straight red card for his reckless tackle on Dele Alli in the first half.

The Manchester City star caught his England team-mate on the right ankle, which left Alli requiring lengthy treatment. He was substituted in the second half as a result of the damage caused by the tackle.

Mourinho was waiting last night to discover the extent of the damage. 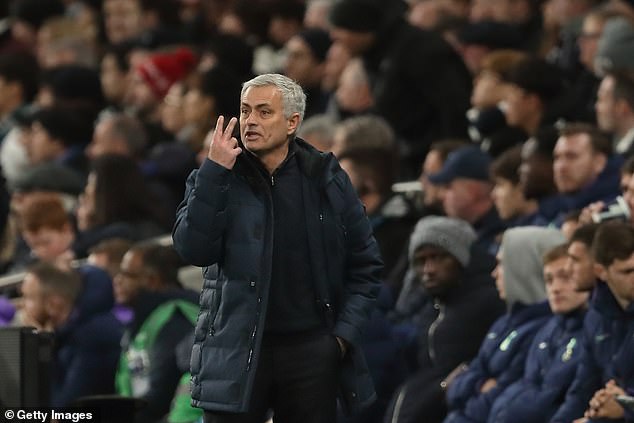 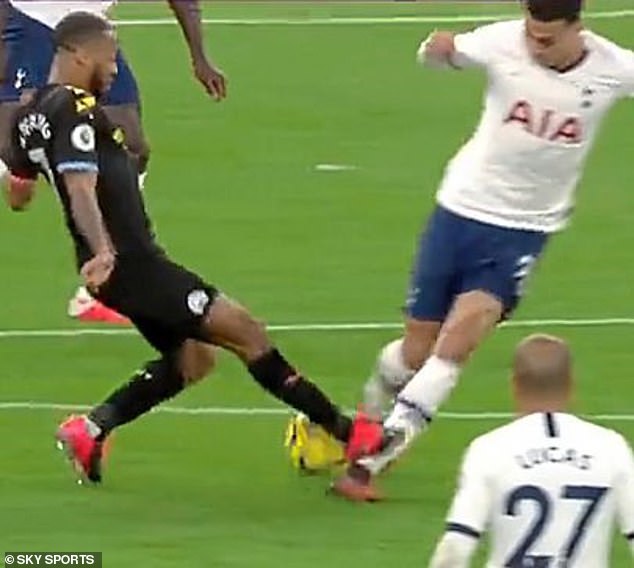 The challenge was referred to VAR but Sterling’s yellow card was not upgraded to a red. After the game, the Tottenham boss said: ‘When the VAR decides not to give a red card to Sterling it was thinking about the globality of the game. They decided to go against the rules of the game to favour the spectacle.

‘For the majority of the game it was 11 v 11 but it should have been 11 against 10 since that very, very nasty tackle from Sterling on Dele Alli.