The new manager bounce is over for Watford... Nigel Pearson is defiant after Everton collapse but the wounds he healed are starting to open again Watford boss Nigel Pearson was defiant despite Watford's collapse vs Everton Pearson disagreed that Watford showed naivety ahead of Theo Walcott's winner The 3-2 defeat opened old wounds for Watford, who are in 19th place in the table

'One goal for us now is a tragedy, even if we are controlling the match.' Those were the words of Quique Sanchez Flores on November 30.

That night, in the bowels of a dark, dank St Mary's, Flores looked and sounded like a man en route to the gallows.

He had just watched his Watford side surrender three much-needed points in a catastrophic five-minute spell against Southampton. The Spaniard was sacked the following day. 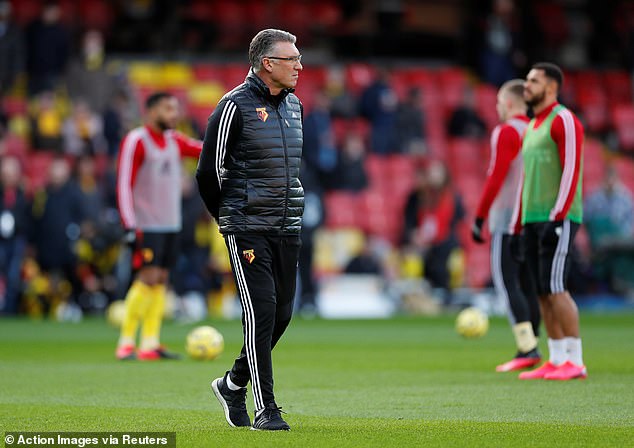 Two months on, so much has changed. Watford are no longer adrift, no longer bereft of confidence. Optimism has grown under Nigel Pearson.

And yet, at the final whistle on Saturday, a familiar sense of disbelief swept Vicarage Road. Against Everton, Watford lost a two-goal lead in three minutes.

As at St Mary's, they had been in total control, after goals from Adam Masina and Roberto Pereyra.