Celebrations were in full swing for the Kansas City Chiefs after their dramatic comeback win against the San Francisco 49ers at Super Bowl LIV.

Videos have emerged on social media of the Chiefs squad dancing after their victory in Miami, including Tyreek Hill's son showing off his moves in the locker room.

Wide receiver Hill did not believe at one point that a comeback was possible - the Kansas City Chiefs have proved masters of the double-digit comeback, yet this looked a leap too far. 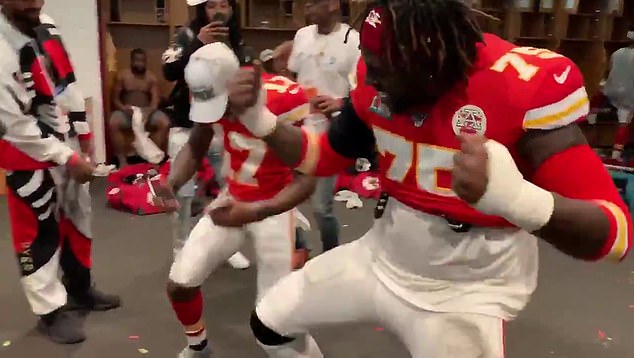 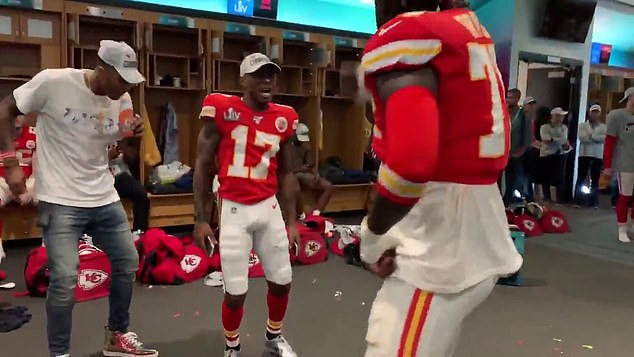 Numerous players, including Mecole Hardman (number 17), joined in the celebrations 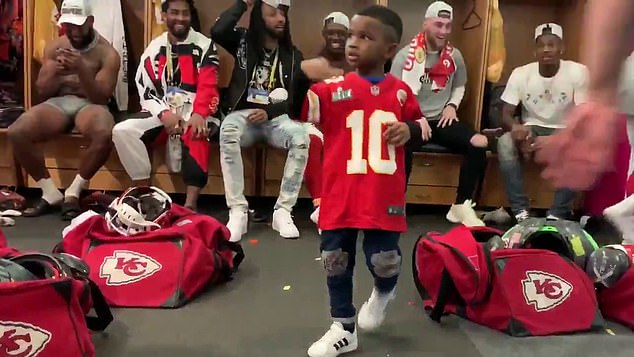 But despite trailing the San Francisco 49ers, Patrick Mahomes told Hill to have faith.

‘You know, we were down 20-10 and he was telling us to believe in the fourth quarter. He seen it in some guys’ eyes, they were getting down, including myself,’ Hill said.

'He brought the guys together, and you saw what happened, man. We pulled it off.’ 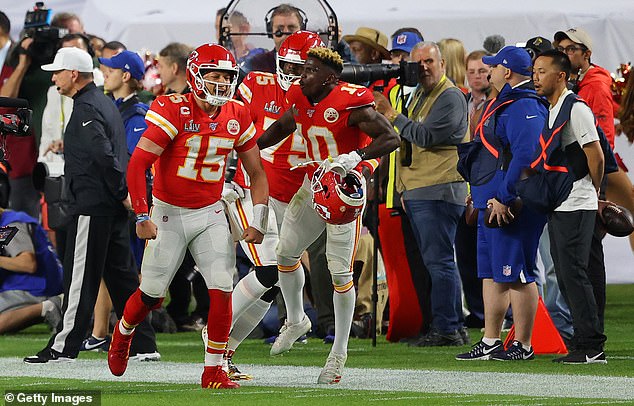 The Chiefs were staring defeat in the face. On third and long with a little over seven minutes remaining, Mahomes connected with Hill for a 44-yard gain. The Chiefs didn’t look back.

After his MVP performance, quarterback Mahomes called it the play of the game.

‘Yeah, I think it was the third-and-15 when we hit Tyreek down the field,’ Mahomes said.

'We were in a bad situation, especially with that pass rush. You knew those guys had their ears pinned back, and they were going to be rushing.

‘I think the offensive line gave me enough time to throw a really deep route, and I just put it out there, and Tyreek made a really great play and so that got us going there. 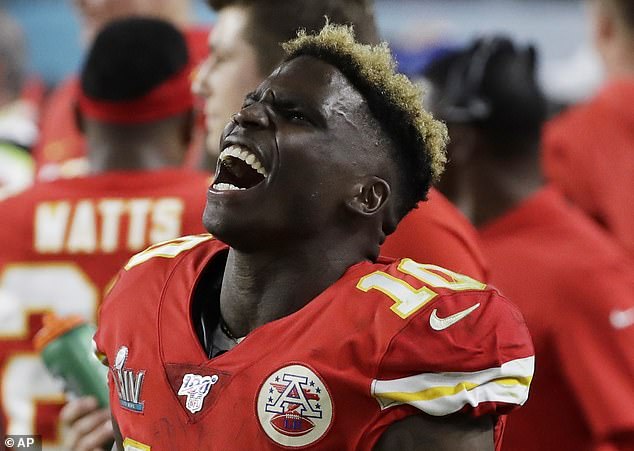 NASA is crowdsourcing a sensor that can survive Venus