Mason Mount believes the rising midfield stars of the Premier League will boost England at Euro 2020.

The 21-year-old Chelsea man is one of the young players, along with Aston Villa’s Jack Grealish and James Maddison of Leicester, who has shown impressive form this term and is targeting a place in Gareth Southgate’s squad for the tournament.

Maddison, 23, has also recently broken into the senior squad, while Grealish, 24, is set to be called up next month as long as he is fit, thanks to an outstanding campaign for Villa. 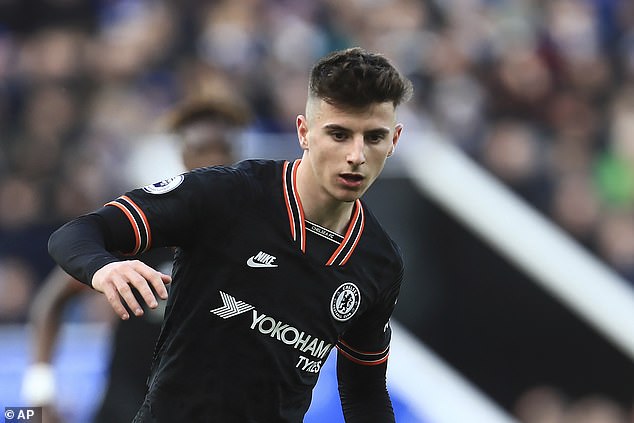 Mount said: ‘It’s brilliant there are so many young midfielders who are coming