Dijon 1-6 PSG: Kylian Mbappe inspires rout as Thiago Silva and Pablo Sarabia get in on the act to fire Thomas Tuchel's side into the French Cup semi-finals Paris Saint-Germain took the lead 49 seconds in courtesy of a Dijon own goal Wesley Lautoa turned a cross from Mitchel Bakker into his own net for 1-0 Mounir Chouiar levelled soon after when he broke and was not closed down  VAR ruled out an Edinson Cavani strike before Kylian Mbappe scored for 2-1 Thiago Silva and Pablo Sarabia added gloss to the victory in the second half

Paris Saint-Germain took a step closer to exacting revenge on French Cup holders Rennes after brushing struggling Dijon aside with ease to reach the semi-finals.

Thomas Tuchel's side were stunned by Rennes on penalties in last year's final and are keen to set the record straight in 2019-20.

Kylian Mbappe, Thiago Silva and Pablo Sarabia, who finished with a brace, got the decisive goals in a 6-1 win after Dijon winger Mounir Chouiar had earlier cancelled out a first-minute own-goal from team-mate Wesley Lautoa. 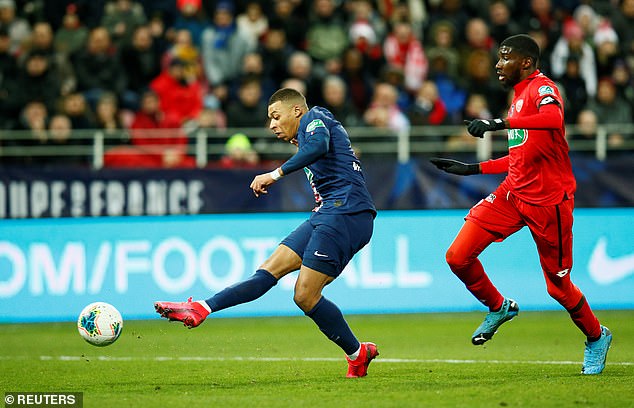 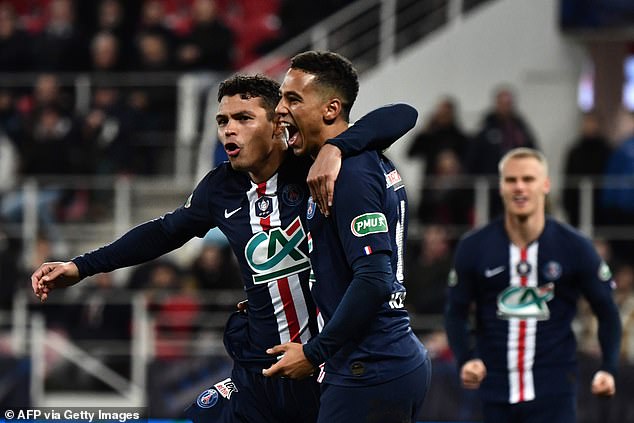 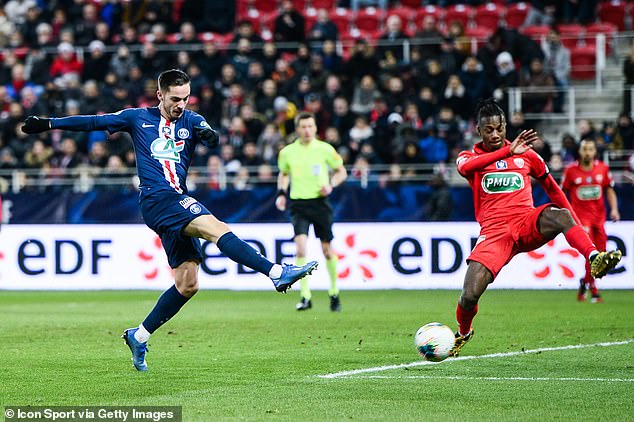 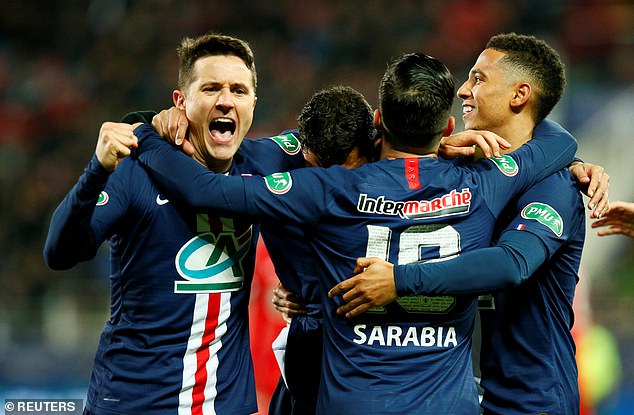 Rennes beat ASM Belfort on Tuesday night to reach the last four and the 2019 finalists are on course to meet once again.

The Ligue 1 champions were gifted a perfect start to the cup tie when Dijon defender Lautoa got his positioning all wrong for a left-sided cross from Mitchel Bakker.

Bakker, a 19-year-old Dutch full-back, fizzed in a cross from wide on the left and Lautoa could only divert it into the bottom left corner 49 seconds into the game to put PSG 1-0 up.

And while Dijon are struggling domestically, sat 17th in Ligue 1 and 36 points behind leaders PSG, they began with a confidence befitting of a superior side and soon took the game to their A-list visitors. 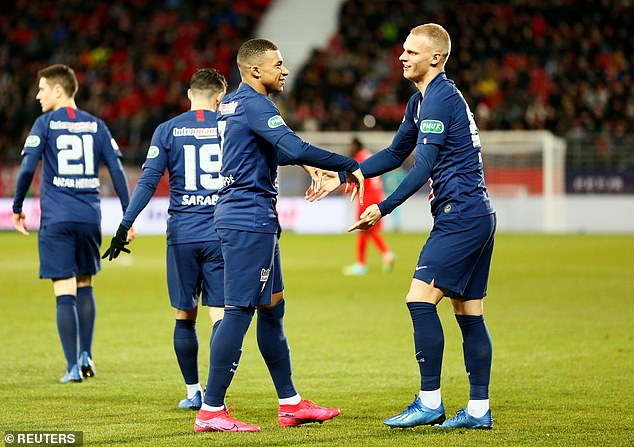 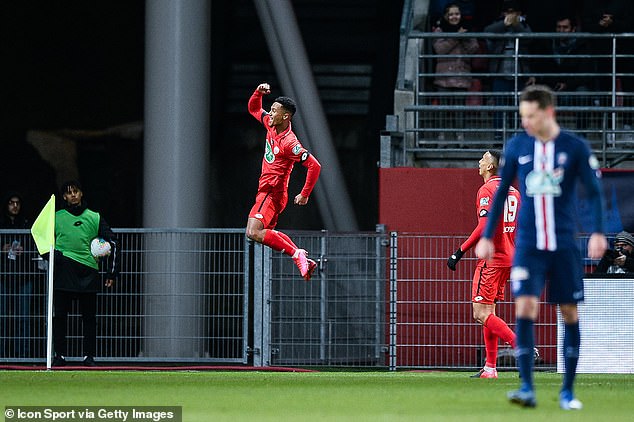 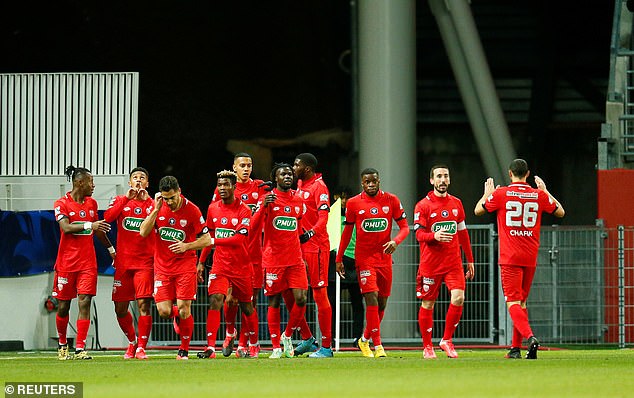