England’s quest to become the first country to be crowned double world champions was launched with a whimper on the Eastern Cape last night as they lost a last-ball thriller by one run.

In a horror ending to a chase of 178 to beat South Africa, just seven runs were needed off as many balls when captain Eoin Morgan holed out at long-on immediately after reaching his 50 with a six over midwicket.

To add to the drama, television umpire Allahudien Paleker contentiously adjudged that part of Beuran Hendricks was behind the line in the tightest of no-ball adjudications. 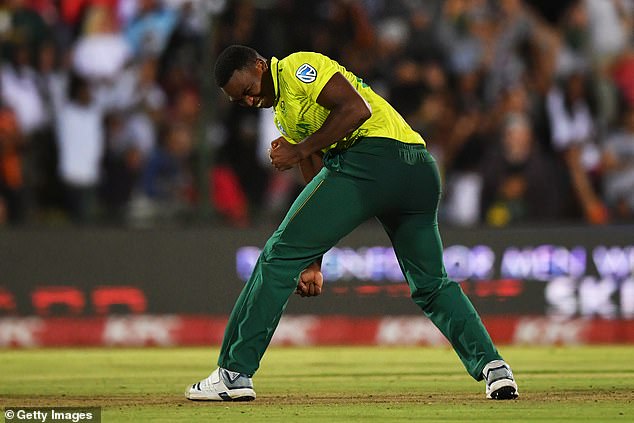 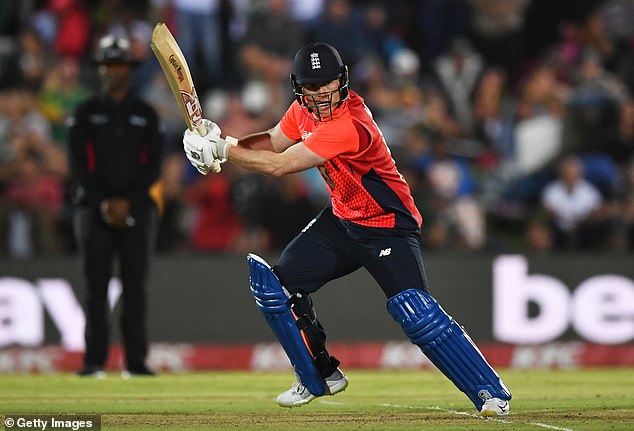 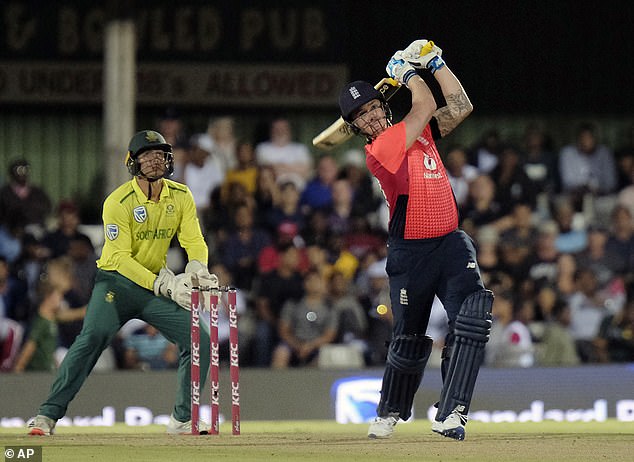 Opener Jason Roy led the charge from the off for England, hitting 70 runs off 38 balls

The England tail then blew it from the final over as Tom Curran picked out deep square leg with five needed off five and Moeen Ali was yorked by Lungi Ngidi with the equation at three from two.

It left Adil Rashid to score two from the final delivery to force yet another England tie but his jab to leg did not make it off the square and he was only halfway back for the second when Quinton de Kock gathered Dale Steyn’s throw to remove the bails.

It was an extremely sorry demise from a position of 95-2 at the halfway stage of the chase.

No team has ever held both limited-overs titles simultaneously before but that was the gauntlet thrown down to them on the back of last summer’s 50-over triumph.

England coach Chris Silverwood made clear earlier this week that the road to this autumn’s Twenty20 World Cup in Australia starts in the final hours of this tour and that everything would be full on over the dozen games scheduled between now and then. 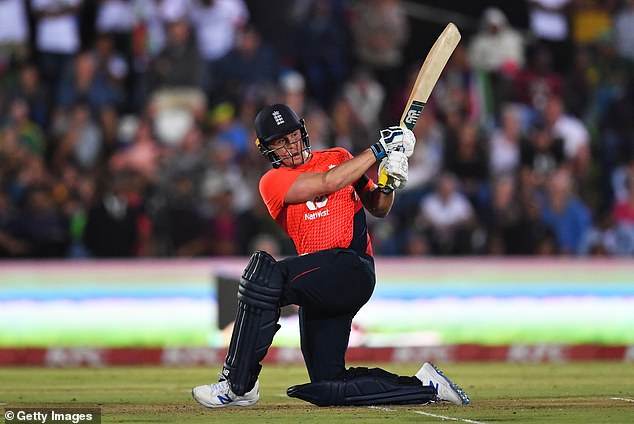 Silverwood spoke of the team’s record-breaking ability being at the heart of their drive to go one better than in 2016 when they finished as runners-up to West Indies and, in the 28th match since that heartbreak in Kolkata, Jason Roy came close to toppling one by racing the tourists out of the blocks in pursuit of 178.

His 22-ball 50 was England’s joint-second fastest, one slower than captain Eoin Morgan’s effort against New Zealand in Napier three months ago.

They also showed how ruthless things are going to be from now on with Dawid Malan, who struck an unbeaten 103 in that match, the odd man out in the shoot-out for a place in the top three.

Jos Buttler and Jonny Bairstow took a back seat as