Blackpool have sacked manager Simon Grayson after a dreadful run of just one win in 12 games.

The League One club were fourth in December but are now down in 15th, prompting the decision to part ways with their 50-year-old boss.

A statement on the club's website read: 'Blackpool Football Club can confirm that Simon Grayson has today been relieved of his duties as first-team manager. 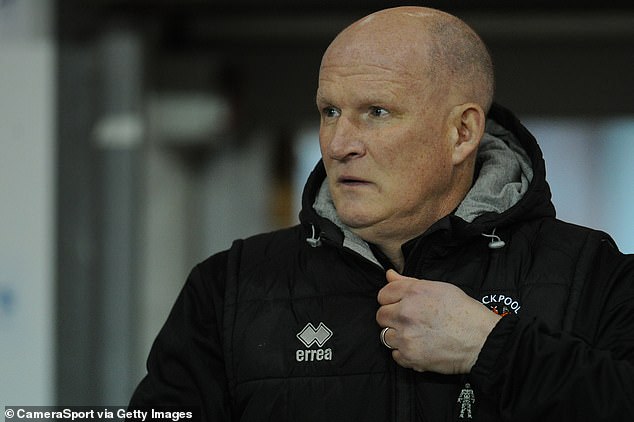 Simon Grayson has been sacked from