A hero from 12 yards. Then the fall guy within 11 minutes. Life as a goalkeeper can be cruel - just ask Yohann Pele.

Not long after he saved Moussa Dembele's penalty to keep Marseille on terms in this Coupe de France quarter final against Lyon, the keeper allowed Houssem Aouar's effort to fly through him and ensure the home side's passage to the last four.

It was just about merited for Rudi Garcia's side, for whom this competition represents a last shot at silverware for the season. 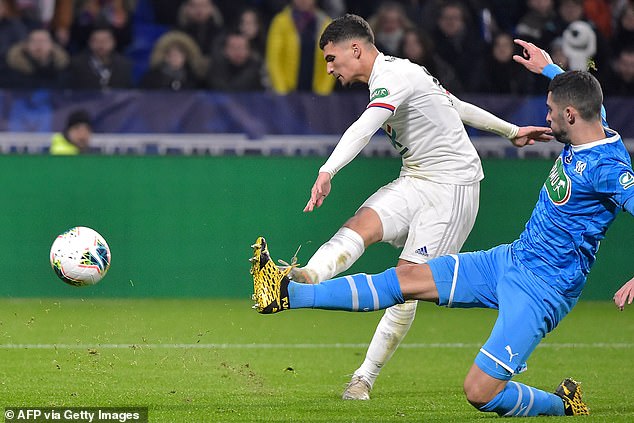 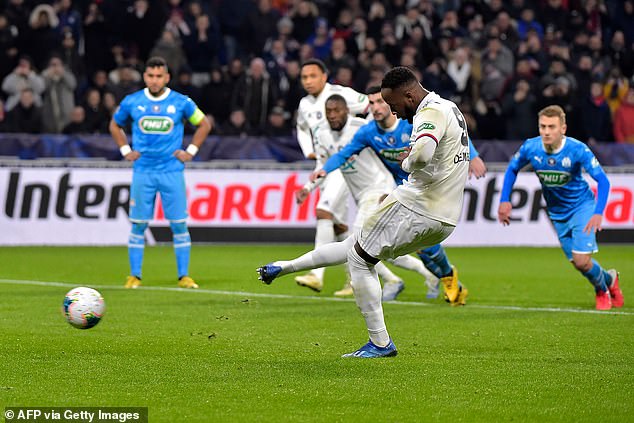 Earlier in the second-half, forward Moussa Dembele failed to score from the penalty spot

For Andre Villas-Boas and Marseille, meanwhile, there rests only feint hopes of catching runaway leaders Paris Saint-Germain in the battle for Ligue 1 glory.

The visitors were the more composed side for much of the game but Lyon improved after the break and could have made it two or three by the final whistle.

But this latest instalment of an old rivalry took a while to catch fire. Indeed it took VAR's intervention to light the blue touch paper.

With just less than 20 minutes to go, referee Benoit Millot awarded the home side a penalty for handball after consulting his pitchside monitor. It was saved, but Lyon kept pressing and got their reward nine minutes from time.

The flurry of late action came after an awful first half, of few chances and errors galore.