Sol Campbell made an embarrassing blunder on Tuesday night after referring to his Southend team as 'Southampton' following a 4-0 defeat by Peterborough.

Former Arsenal and England defender Campbell, who took over the reins at Roots Hall in October 2019, was speaking to a reporter following the heavy loss.

When asked by a Sky Sports reporter what he thought of his side's performance during the League One game, Campbell bizarrely said 'Southampton' rather than 'Southend'. 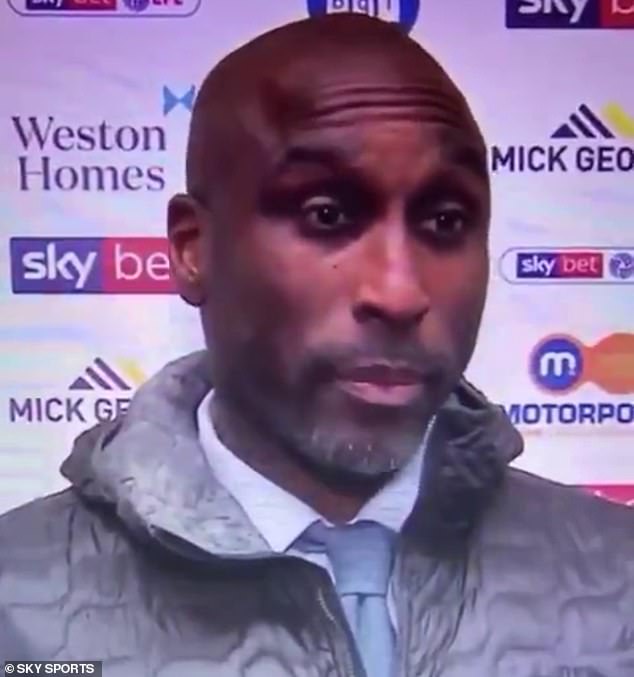 Sol Campbell made a big blunder during his post-match

Gogglebox stars reveal how they're staying sane at home during the coronavirus ...