'You were rubbish': Kurt Zouma recalls harsh personal criticism by former Chelsea manager Jose Mourinho during the Portuguese manager's time at Stamford Bridge Kurt Zouma said Jose Mourinho called him 'rubbish' after a bad Chelsea result The Portuguese manager worked with Zouma for two seasons in west London Mourinho called the defender into his office and criticised him to his face Zouma, 25, is now a key player for Chelsea under Frank Lampard's management

The former Chelsea boss, who now manages London rivals Tottenham Hotspur, called the Frenchman into his office and criticised him to his face after the Blues lost away from home.

Despite being hurt by the clear criticism, Zouma believes that it was a Mourinho tactic to spur him on to greater things. 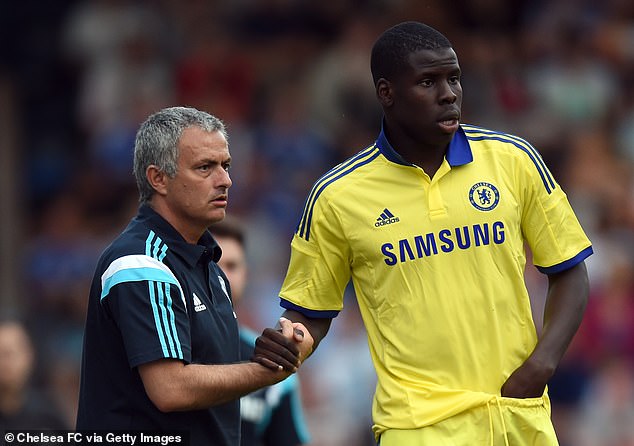 The defender told RMC Sport: 'I cannot remember which match we were playing, we were losing 3-1, away from home.'

'The following day, he catches up with me, he takes me to his office, and he asks me if I am ok. I said yes, he

Kate Hudson makes sure to travel safe by protecting herself with a face mask ...