Wolves felt aggrieved after another controversial call by VAR ruled out the only goal of the game against Leicester City.

Willy Boly scored a header in the first half to no complaints from Leicester or referee Mike Dean.

But Michael Oliver sitting in Stockwell Park noticed Diogo Jota's trailing boot was offside before he sent in the cross.

Later in the game, Leicester were reduced to 10 men after Hamza Choudhury was sent off for a second yellow card. 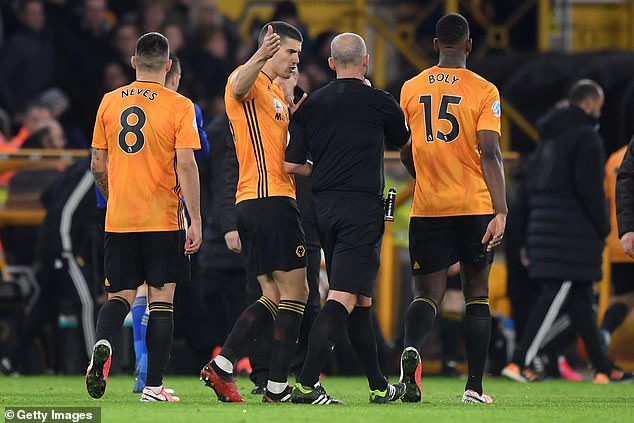