Liverpool fans look away... Diego Simeone has only ever lost a Champions League knockout tie in charge of Atletico Madrid against teams with Cristiano Ronaldo in Diego Simeone's Atletico Madrid put on defensive masterclass to beat Liverpool  They take 1-0 lead to Anfield for second leg against Reds in Champions League Omens are not good for Jurgen Klopp's side given Simeone's knockout record  He has only ever lost in the knockout stages to teams with Cristiano Ronaldo in

Atletico Madrid produced a classic defensive exhibition to beat Liverpool 1-0 on Tuesday night and the omens are not good for the Reds.

Diego Simeone is a master in the knockout stages and one brilliant stat highlights how strong his record is as Atletico boss.

He has never lost to a team in the Champions League after the group stages that has not featured Cristiano Ronaldo in the squad. 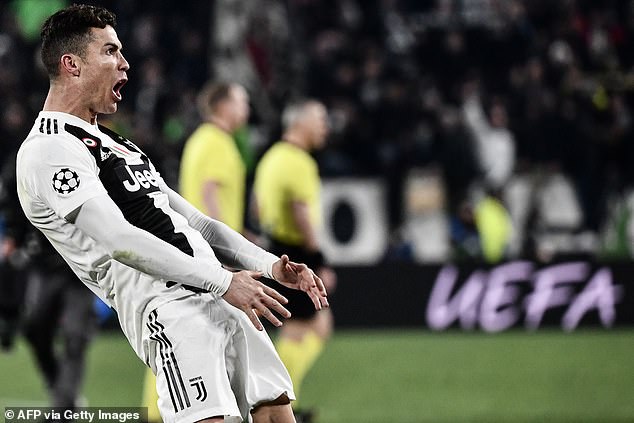 Cristiano Ronaldo has been the nemesis of Diego Simeone's Atletico Madrid

Having taken the helm in 2011, Simeone spent two seasons with

PREV sport news Boateng had a year to forget with Man City but would offer Chelsea or Arsenal a ...
NEXT sport news Athletics chiefs set to squeeze three major championships into 2022 summer ...