Pat Brown maybe hasn't been in professional cricket long enough to look retrospectively at what he has already achieved with ball in hand.

But having only made his England debut in November, the 21-year-old is already keen to give back to the game - highlighted by his presence at the launch of Dynamos Cricket, the new ECB participation programme aimed at children between the ages of eight and 11.

It is fun and enjoyment of the game that Brown maintained is fundamental between those ages, yet there was no lack of verve or enthusiasm from the Worcestershire quick in the T20 leg of England's recent tour to New Zealand. 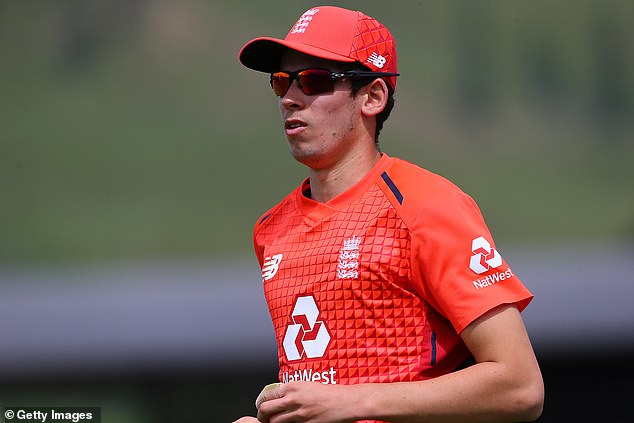 Brown took three wickets in four matches, removing the experienced Ross Taylor for his first international wicket in Christchurch and again in Napier, while a slower ball saw Martin Guptill fall in Nelson.

However, despite opening his international tally with the scalps of well-renowned global stars, Brown acknowledged that he didn't quite take the series in his stride as the status of his victims may suggest.

'It was quite tough and it was certainly a learning experience. I have never actually been abroad to play cricket before so it was tough adapting to different conditions and different dimensions of grounds and players,' he told Sportsmail exclusively.

'The main thing I took from it was how hard it can be bowling at the same players game after game, which you don't get in county cricket, so I learnt quite a lot.

'More so in international cricket you have to be more all-rounded, you can't come with one plan three games in a row, because the chances are you're going to get found out.

'I think the main thing was firstly knowing that I think I am good enough for that level which is a big confidence boost, and I was happy enough with that, and secondly just knowing what I need to do to improve in terms of becoming a more all-round bowler.' 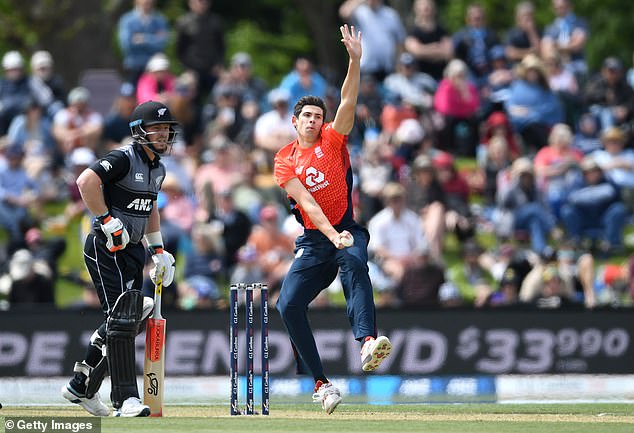 For most bowlers that is an indication that their slower-ball variations and cutter variations are perhaps too predictable for batsmen to pick up on or are simply misguided too frequently. But for Brown it was the stock ball and yorker - as opposed to those change-up deliveries - that left him feeling 'exposed' against Kane Williamson's men.

'It is something I have been working on [a stock ball], and you work on it all the time, but certainly going to New Zealand it has opened my eyes a bit. I knew before, but it opened my eyes to maybe needing a bit more of a different dimension.

'You are very easily exposed at that level, because if someone starts to read you they hit it for six but in county cricket you can still get away with it a little bit more, so I knew I needed something different and knew I probably needed to develop more of a yorker at the death.

'If international players set up for four slower balls an over, the likelihood is they are going to get one or two, so it is something I have been working on. Captains want [variations at the death] as well but you have got to be consistent in doing that, doing it once isn't enough. I have obviously done it a lot for Worcestershire in the T20 Blast but going up a level it's different.

'It has obviously been hindered by my back and struggling through back pain through the last three months of playing, even in New Zealand, so while it is something that has not held me back, it has limited my development on that.

'Hopefully getting fit now will give me a good period of time where I am fit to work on that.' 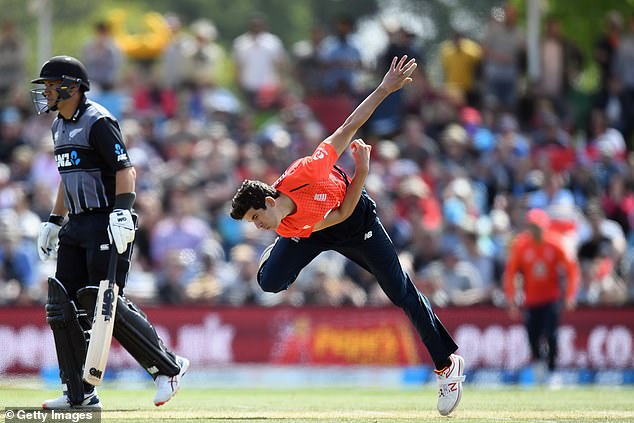 A period of time out with a stress fracture of the lower back for a second-successive winter is never an ideal time away from the game for any fast bowler, but Brown's recurring injury came at exactly the wrong point in his fledgling international career.

'It's going to be very bad': COVID-19 fears for Australia's neighbours mogaznewsen