Spanish riot police attack Wolves fans with batons in Barcelona before their Europa League game at Espanyol, with one supporter left unconscious lying on the floor after late-night clashes Wolves supporters in Barcelona clashed with Spanish riot police on Wednesday The Premier League side are in Spain to face Espanyol in the Europa League One supporter was seen lying on the ground unconscious following the clashes

A number of Wolves fans clashed with Spanish police in Barcelona ahead of their Europa League second-leg against Espanyol on Thursday.

In the video, police are seen retreating and one man in a white t-shirt is seen lying on the ground, appearing to be unconscious as other supporters attend to him. 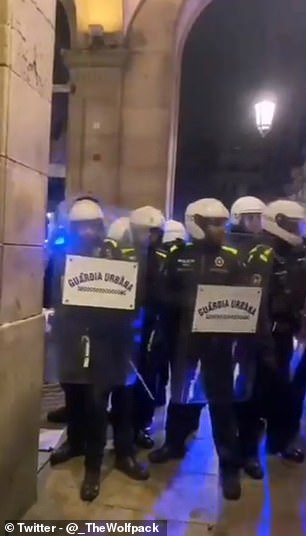 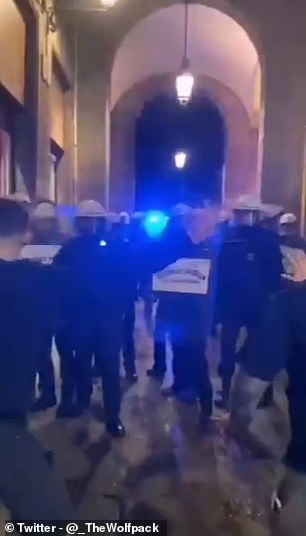 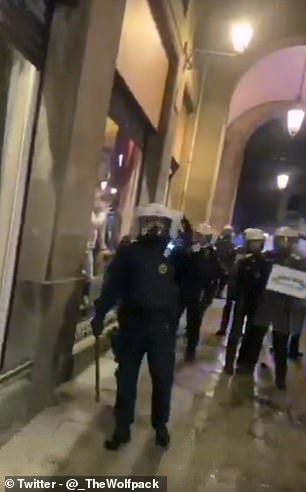 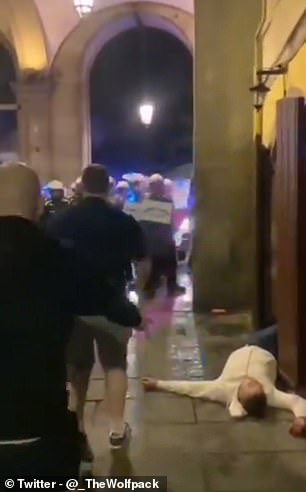