'I won't play football again while I'm a cricketer!': England opener Rory Burns focused on recovering from freak injury which cost him his Test spot Burns has decided to hang up the football boots until his cricket days are done England scrapped football as a warm-up after he suffered his freak injury He is yet to pick up a bat since the Cape Town kickabout on January 2  Burns has received an apology from Joe Root for his part in the injury

For a man who is likely to be out for four months owing to a freak injury suffered playing football before a Test, Rory Burns is philosophical.

'It's a positive thing for English cricket,' the opener says. He may not be wrong.

In practice before England took on South Africa in the shadow of Table Mountain last month, Burns lost his place at the top of the order and triggered headlines that hurt almost as much as his left ankle. The video went viral. Showing a touch Johan Cruyff would have been proud of, the Surrey man took a hoofed ball out of the sky and turned elegantly towards goal. 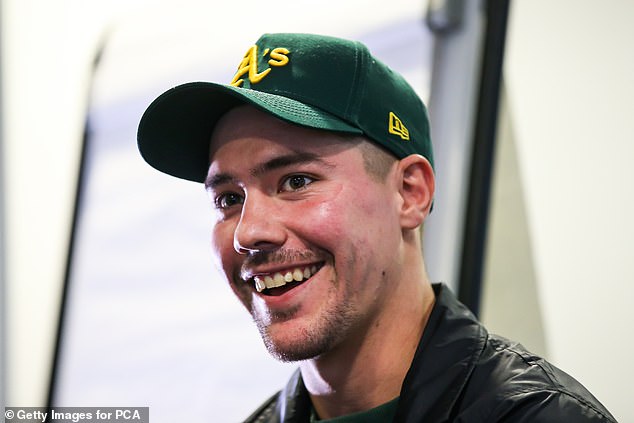 Gliding across the turf, Burns was about to pull the trigger when there appeared to be a nudge from Joe Root, although VAR would have needed to get involved. The rest is history. 'You might have to watch the video to decipher (if he made contact), but it was more my studs getting caught in the turf,' explains Burns, 29.

The full extent of what had happened did not become clear until the results of scans. 'The physio was like, 'It's pretty serious — we need to send you back ASAP for surgery'.' Pretty serious indeed. Burns had suffered a grade three tear of the inside ligaments and another which runs down the leg.

'A steady ding, to be fair,' is how he describes it. Given Jonny Bairstow had put himself out of two Tests with an injury picked up playing football in 2018; given many had wondered out loud about the merits of playing it; and given Burns had top-scored in the first Test at Centurion, the backlash was inevitable. 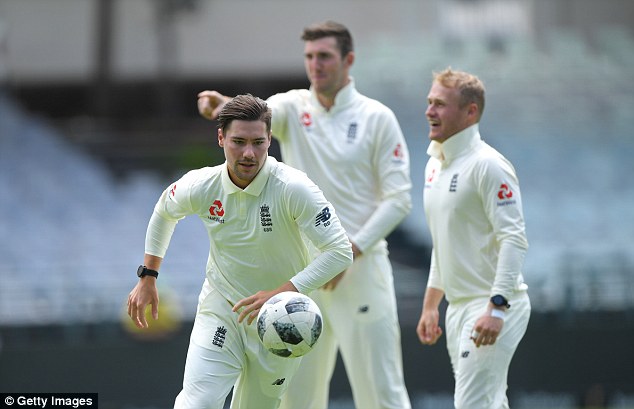 England scrapped playing football as a warm-up after Burns

'It feels like we've been left behind': Meet the workers who can't get the wage ...