'He felt very responsible about it': Mikel Arteta urges Arsenal players to support Pierre-Emerick Aubameyang after Olympiacos miss... but manager admits uncertainty over star's future Mikel Arteta wants Arsenal's players to support Pierre-Emerick Aubameyang  Aubameyang was devastated following his costly miss in defeat to Olympiacos  Arteta is uncertain whether the striker will still be an Arsenal player next season

Arsenal boss Arteta revealed his leading goalscorer was still reeling when he reported back to training on Saturday morning for the first time since Thursday's shock Europa League exit against Olympiacos.

Aubameyang missed a decisive last minute open goal after his injury-time wonder overhead kick had briefly set the Gunners on course to go through. 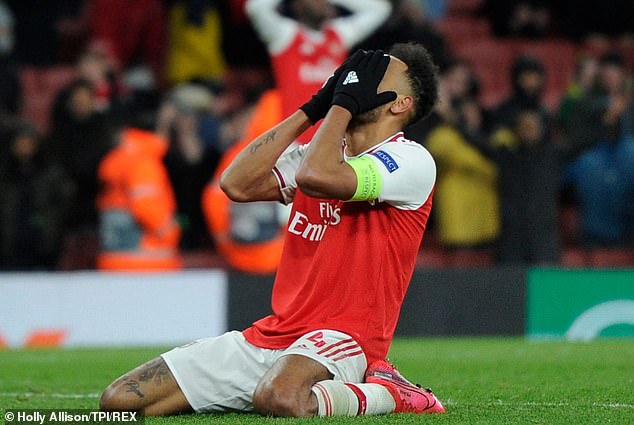 'He was [still] gutted,' Arteta revealed. 'Obviously he scored a wonder goal that was putting us through in the competition, and with the last kick of the game, he had the best chance of the game.

'He felt very responsible about it, we will all try to be

Frustrated to be stuck inside during the coronavirus lockdown? How to stay fit ...